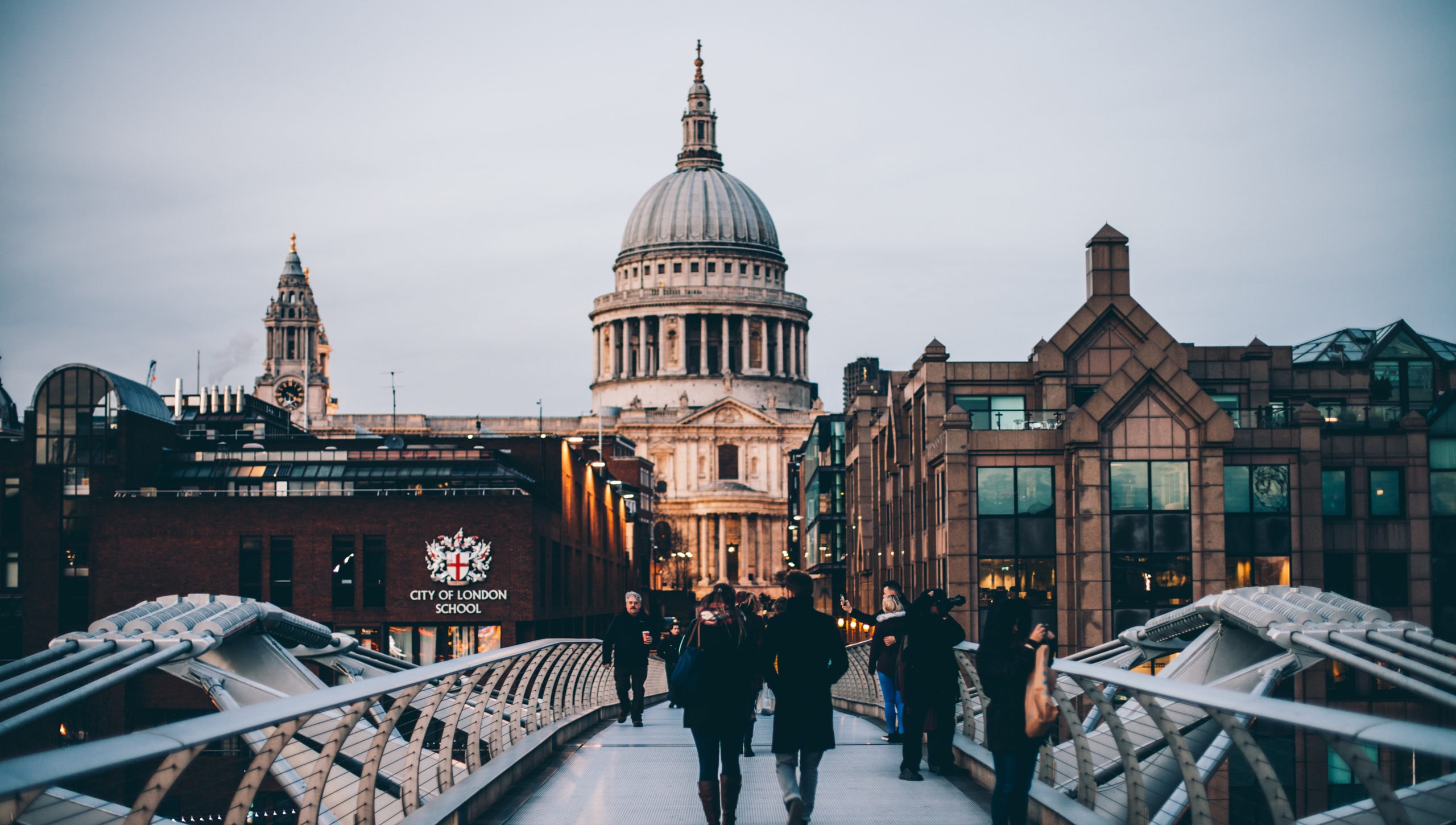 London ruled our 2018 World’s Best Cities rankings, followed by New York and Paris. We also launched BestCities.org — the full list of our top 100, plus the ability to discover your best cities based on what matters to you.

As the leading advisors in real estate, tourism, and economic development for countries, cities and communities, Resonance knows cities.

It’s why we are so excited to announce the 2018 World’s Best Cities, a ranking of the 100 best-performing cities around the world.

The World’s Best Cities ranking is the most comprehensive city ranking on the planet, based on entirely original methodology that uses the opinions of the people who matter most: the visitors and residents.

The winning cities were unveiled at World Travel Market in London last week at an event sponsored by National Geographic Travel, who will use the Resonance ranking and insights for future projects.

WHY THIS CITY RANKING IS DIFFERENT

We wanted to quantify and benchmark the relative quality of place, reputation and competitive identity for the world’s principal cities with metropolitan populations of one million or more.

The ranking analyzes and compares 23 factors in six key categories using a combination of core statistics and online ratings and reviews—from TripAdvisor reviews, Facebook check-ins, Google searches and Google Trends. This helps cities understand their strengths and weaknesses through the lens of the people who visit and live in each city.

We do this to empower place managers and marketers with new tools and perspectives on the key factors that shape a city’s competitive identity, community well-being, and future prosperity.

Traditional performance indicators alone—economic output, investment and visitor numbers, for example—don’t reveal the whole story for cities and their tourism and economic development agencies. Visitors and citizens themselves are increasingly influencing the identity and perception of cities through the millions of evaluations of experiences they share online with family, friends and people around the world.

Much more than traditional marketing, these opinions and attitudes influence the way people perceive places and shape where talent, tourism and investment flow.

So without further ado, here are the World’s Best Cities 2018… 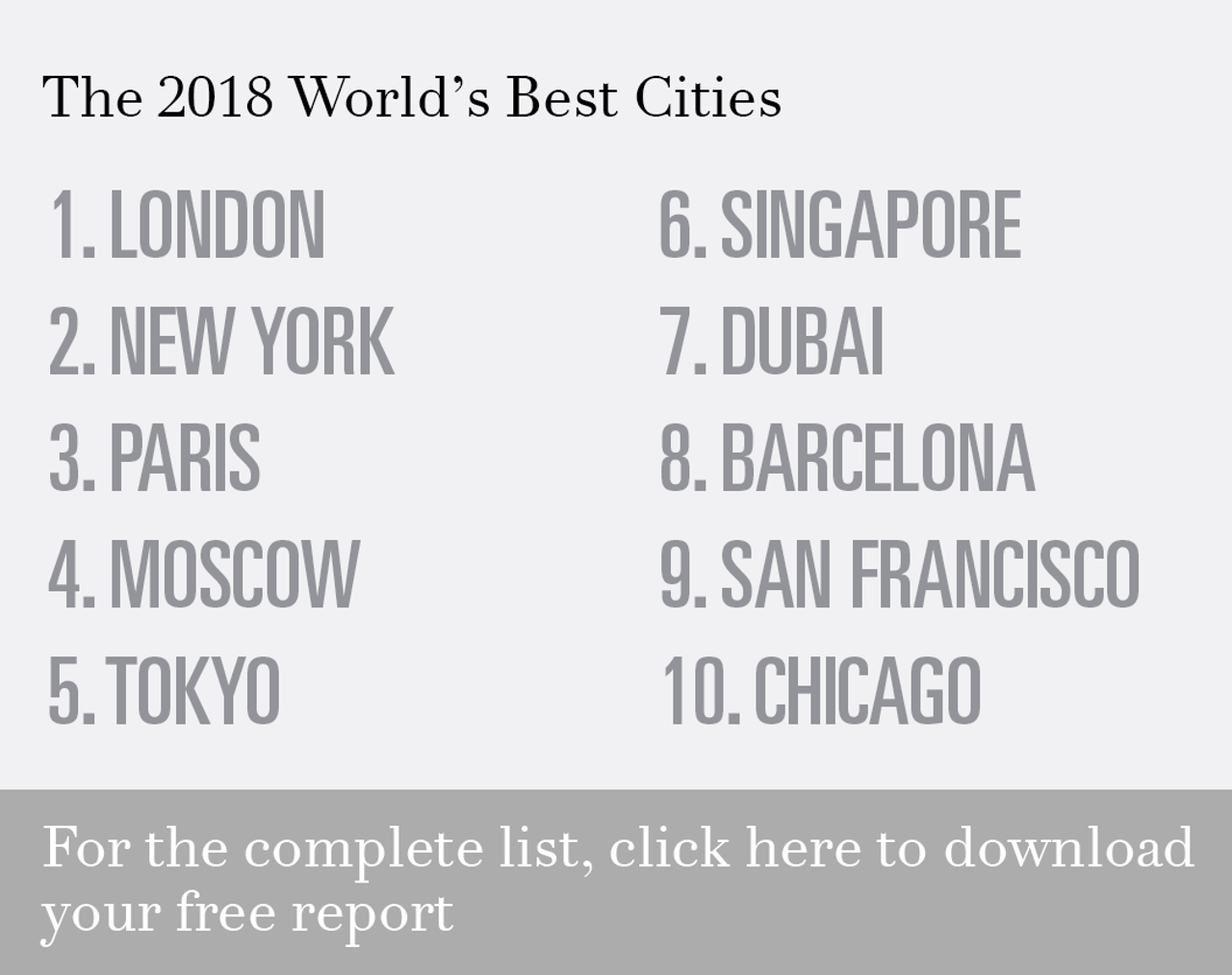 BUT ALL 100 CITIES ARE ON THE NEW BESTCITIES.ORG

New this year is our BestCities.org site, the home for all 100 ranked cities and exclusive profiles, as well as our city finder that surfaces cities based on user preferences—from parks to nightlife—using Resonance Consultancy’s proprietary data.

We’re very excited about this new, interactive home for our cities methodology would love to hear your feedback. 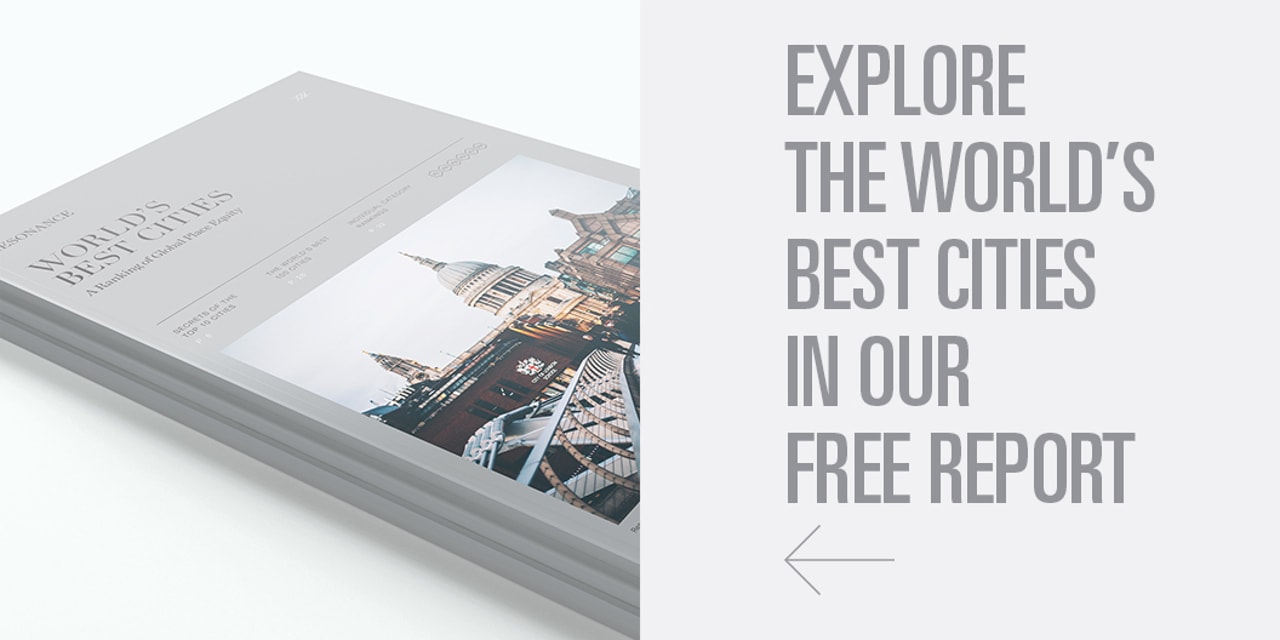