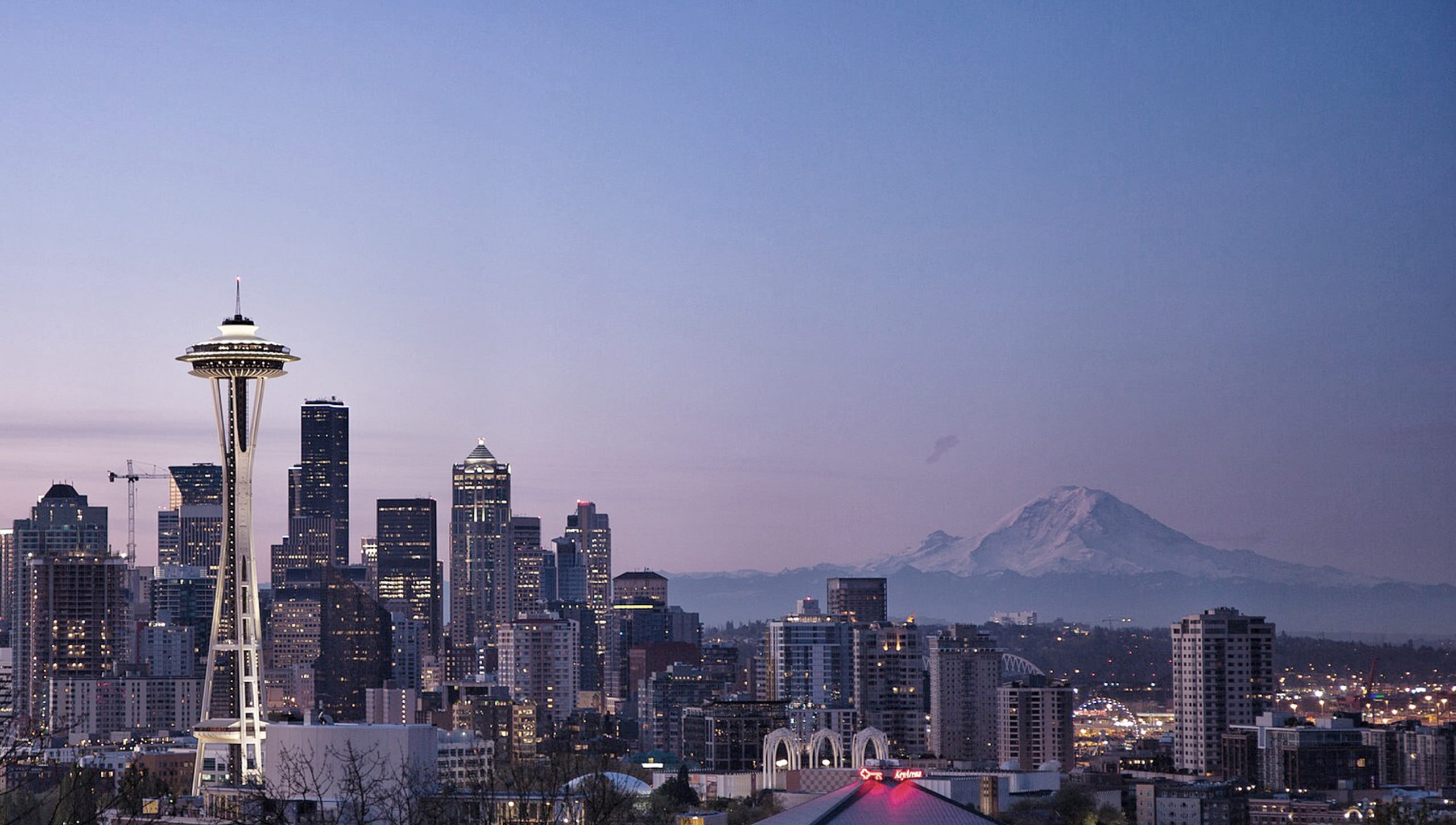 Seattle is the world’s smartest city

And what makes a city “smart,” anyway?

So called “smart cities” have been much discussed at city conferences like the Smart Cities Expo in Barcelona last month and recently announced programs like Canada’s Smart Cities Challenge, whose goal is to “encourage communities to adopt a smart cities approach to improve the lives of their residents through innovation, data, and connected technology.”

While technology is critically important to improving how we manage our cities and enhance services and quality of life for local residents, I would argue that all the technology in the world doesn’t necessarily make your city “smart.”

When it comes to attracting talent, companies, and investors, people matter a whole lot more than machines. Which is why we consider educational attainment to be a key factor in our approach to benchmarking the World’s Best Cities.

Based on the “educated” slice of Resonance Consultancy’s methodology for our World’s Best Cities rankings, Seattle topped the planet in Educational Attainment (a percentage of the population with tertiary education, at level 5 ISCED or above). We crunched the rankings of the Office for National Statistics; the Office for Regional Statistics; Eurostat; and The World Bank – UNESCO Institute for Statistics. 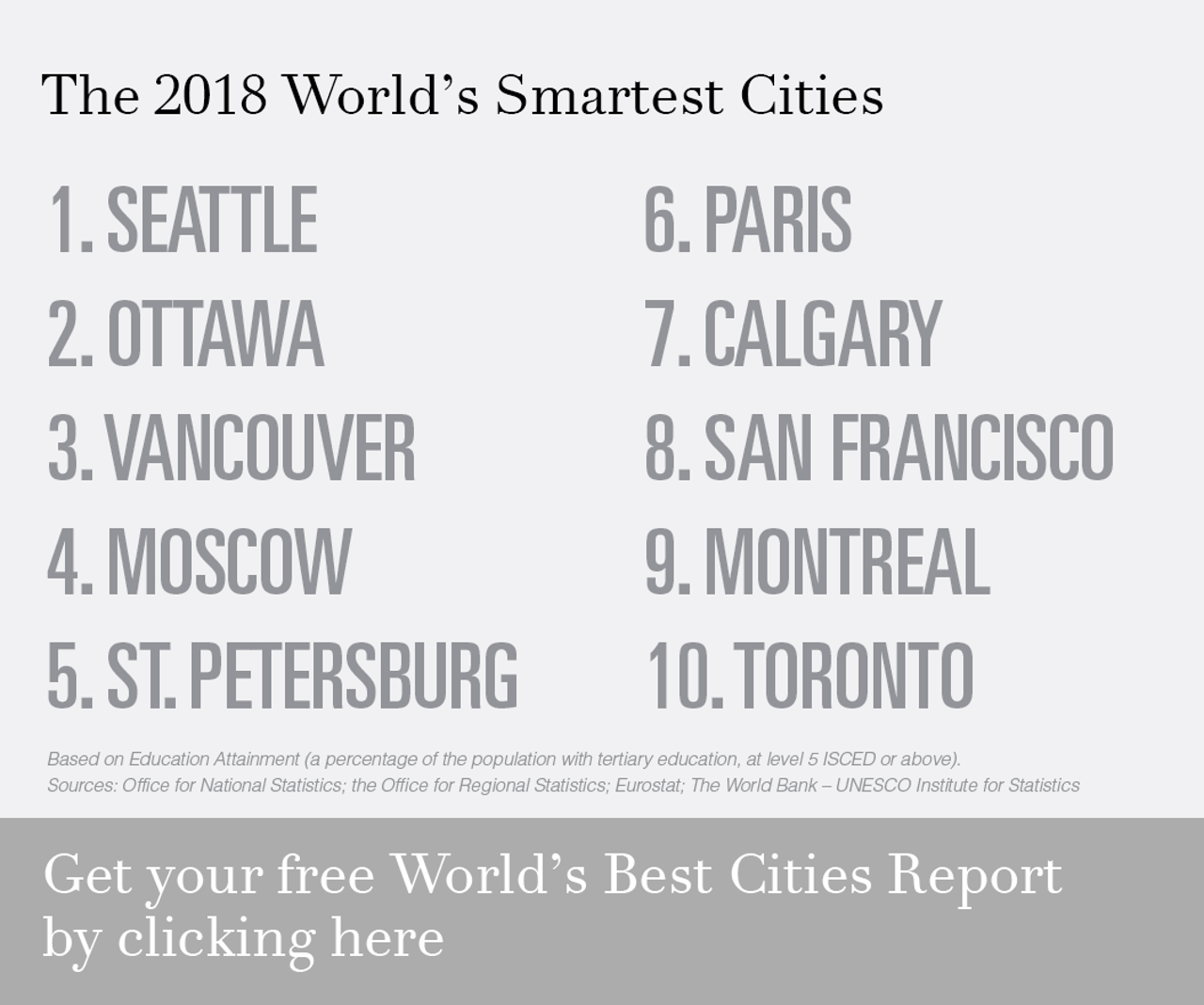 In many ways, Seattle’s growth has surpassed its late-19th-century velocity, when end-of-the-road settlers flattened hills and filled in tidal lands with a zeal rarely seen in American city building. Emerald City has always had one speed, inspired by the soaring peaks, unencumbered by East Coast etiquette and bound by frontier-instilled community.

And education. Always education, supported by a profound sense of stewardship by the city’s captains of industry. Case in point: Paul Allen, the elder of American tech and co-founder of Microsoft, bankrolled Seattle’s version of Austin’s SXSW last year, called The Upstream Music Festival and Summit. A few months later, he gave the University of Washington, already one of the nation’s top public universities, $50 million for its new computer science and engineering school.

But while U-Dub and its 40,000-plus under- and post-grads fill football stadiums and make headlines, Seattle boasts a dozen other universities and colleges within city limits.

Research and education is a mantra in the city—from the globally renowned Fred Hutchinson Cancer Research Center (itself the recipient of more than $50 million from Allen’s co-founder Bill Gates over the years) to the Bainbridge Graduate Institute, one of the world’s leading master’s programs dedicated to sustainable innovation and entrepreneurship.

Today this ingrained devotion to ambition and learning is able to scale like never before.

A few weeks back, the Urban Land Institute’s annual Emerging Trends Report named Seattle “the city with the most promising real estate investment prospects” in 2018 in the U.S. for the first time ever. The educated workforce was front and center: The Emerald City has “twice the U.S. percentage (12%) of employees in STEM occupations, with 4.5% of the workforce employed in computer programming-related occupations.”

It’s why the city erected the most construction cranes in the U.S. for two years running (62 as of late 2016, according to consultancy Rider Levett Bucknall North America). And why head-office vanguards of the new economy are at once hiring more than ever while leaving legacies in the city that launched them—museums, hospital wings, and foundations.

While education is a cornerstone of Seattle’s economic success, it isn’t a key to prosperity in and of itself. Interestingly, half of the Top 10 “smartest” cities can be found in Canada—few of which would be regarded as economic dynamos—demonstrating that prosperity is the result of a confluence of different factors.

Our World’s Best Cities report attempts to define that mix by analyzing 23 different factors that Millennial talent, companies, and tourists have told us are important in choosing a city for work and play. While the overall rankings are interesting, the real insights come from a deeper analysis of a city’s comparative strengths and weaknesses relative to its competitive set.