World, Walk With Me - Resonance Consultancy 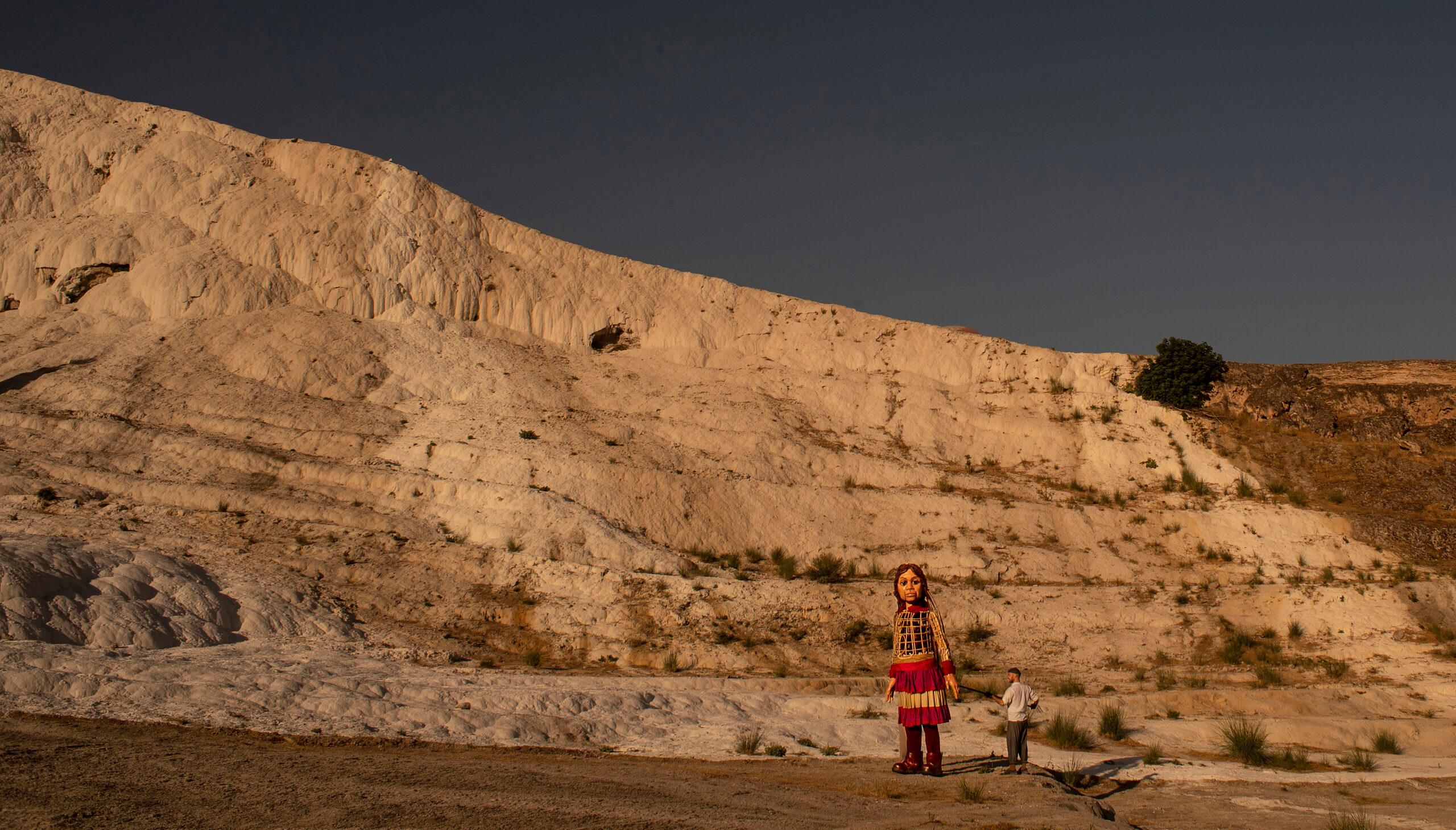 World, Walk With Me

There can be few examples of what planners call “community engagement” as utterly transcendent as the performance odyssey known as Little Amal— The Walk. 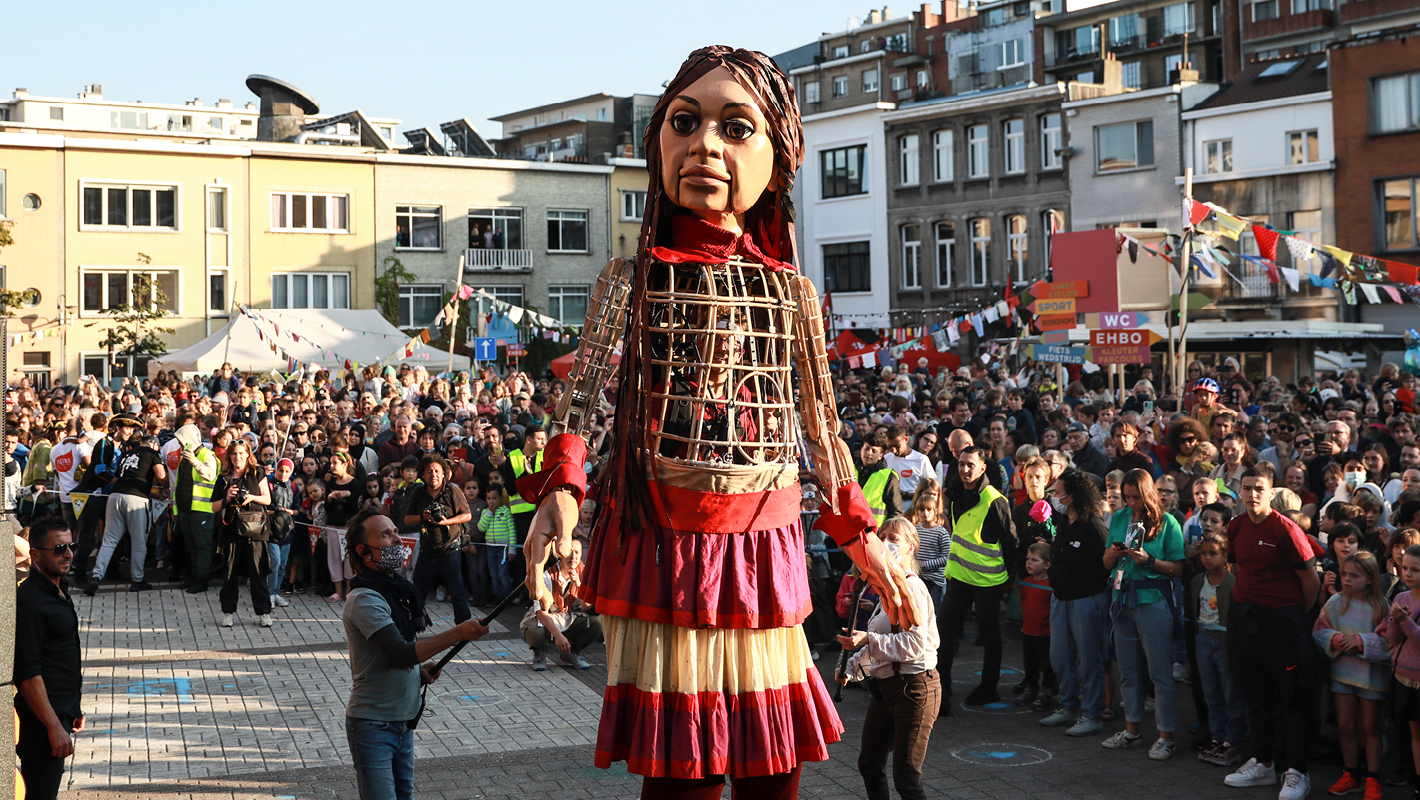 With a sea of fans in Antwerp, Belgium
Image by Abdul Saboor

Amal is designed and built—of cane for the chest and pelvis; carbon fibre for the limbs and head—to “highlight the human in the refugee crisis” according to Amaya Jeyarajah Dent, the walk’s UK producer. Indeed, to follow Amal’s every step on social media (she has nearly 58,000 adherents on Instagram alone) is to fall in love with a human—a little girl on a simple, profound quest to find a mother who left to look for food and never returned.

Amal—Hope in Arabic—is, in fact, heartbreakingly, upliftingly human, eloquent without saying a word. Her silence was calculated, and makes her accessible to the world. “To communicate only in movement, there was no translation. We are asking people to think about that. Sometimes the places we live in are inaccessible to refugees.” 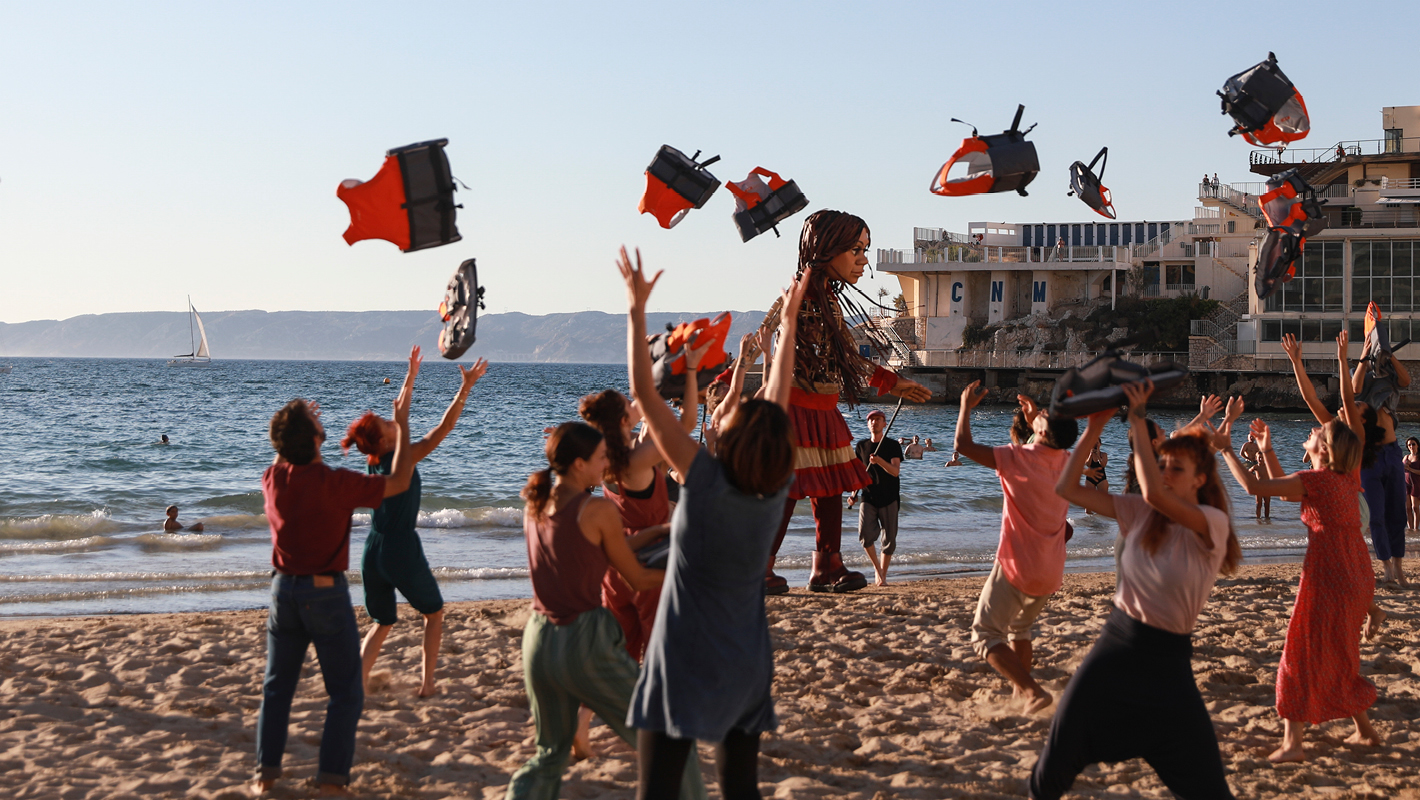 The walk’s team of four athletic puppeteers have mastered Amal’s language: she places a hand on her heart when grateful. Her ribbons of hair flow behind her hopefully. She bounces lightly and blinks expressively. She smiles, but rarely. She is a very tall child, one who skinned her knee in Milan, can wander distractedly, sleeps on the street in some cities as rapt, worried children surround her, touching her forehead, pulling up her blanket. She lets her fingers be held as she walks, awash in a tide of joy, through a street, emotional engineering as wonderful and unbearable as real life.

Life met art when, as Amal was greeted rapturously on one side of Europe, real-life refugees were being hosed at the Polish border.

“Little Amal and her walk are both specific and open enough for everyone to imagine someone in a situation,” says Dent. “She becomes relevant to any audience and to any place.” 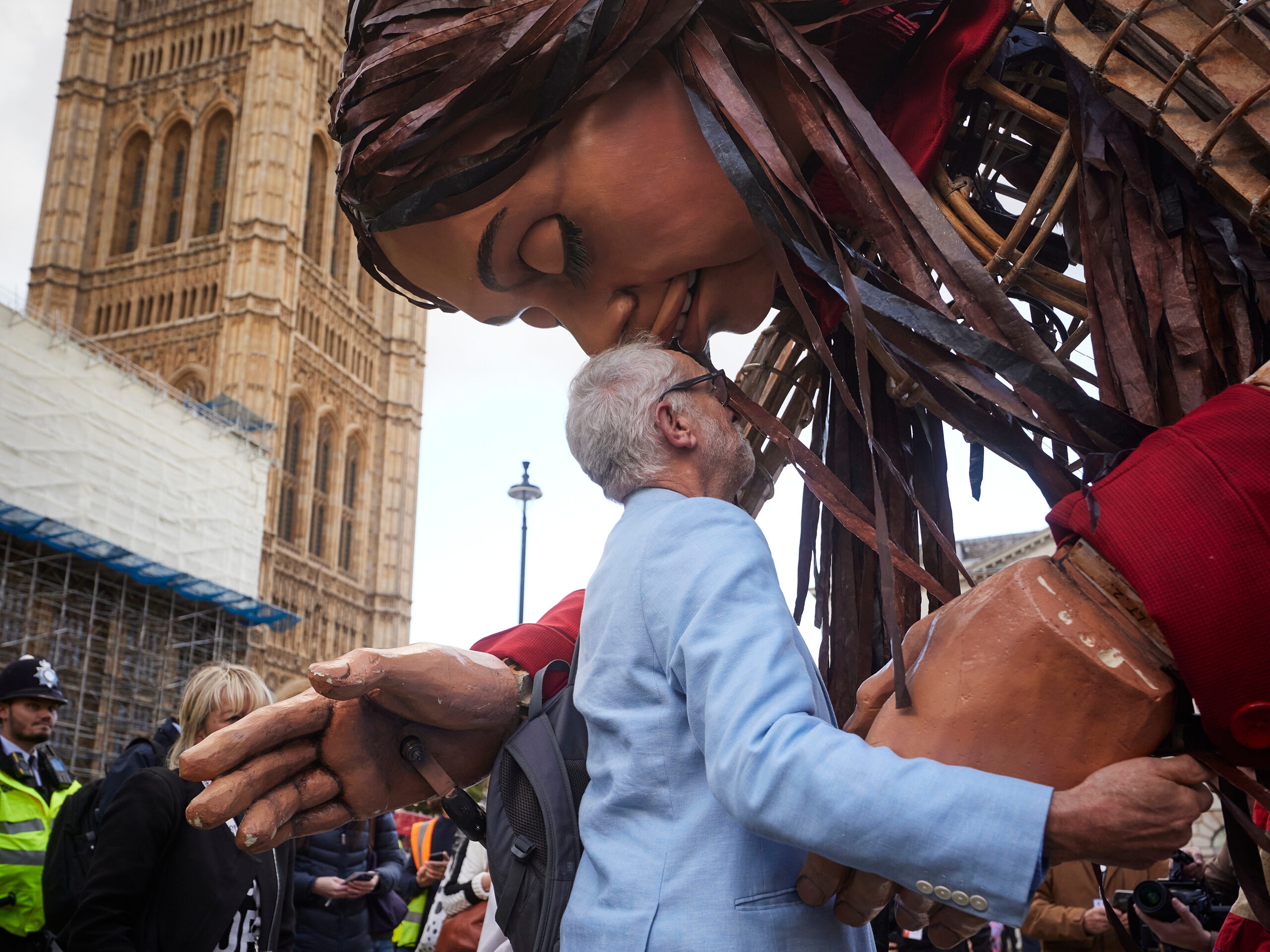 Amal’s interaction with place is, in fact, as profound as it is with people. She makes spaces her own, peeking out over walls and around corners of buildings; she entirely changes the atmosphere of august places like Canterbury Cathedral. “Amal meeting power was a key part of the journey,” Dent says. “Her sense of play in serious places makes the discussion about the people in the crisis possible.” 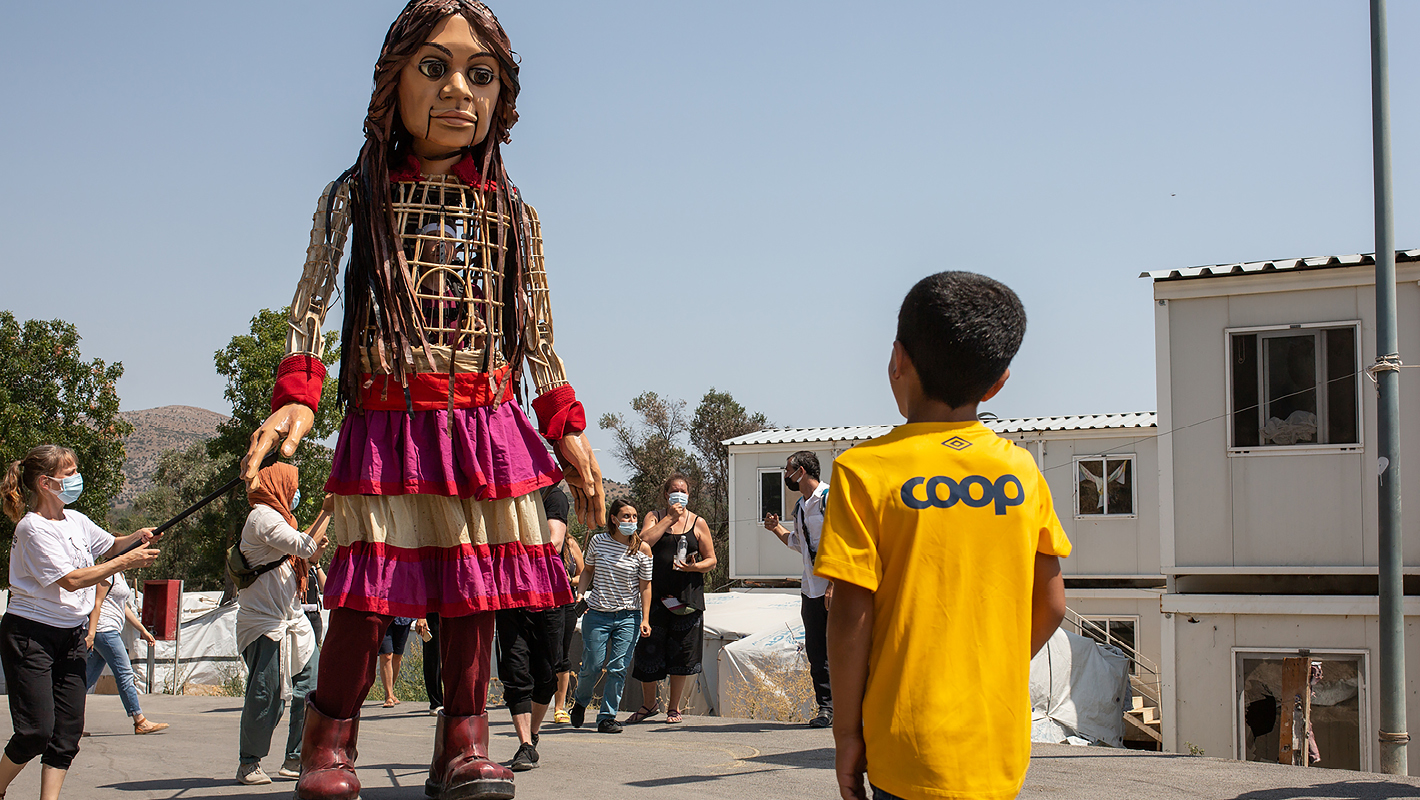 Face to face in Chios, Greece
Image by Sokratis Baltagiannis

The cities Amal traveled to were chosen collaboratively, and extensive preparations and imaginative civic projects were created. Momentum grew as the walk advanced, and destinations realized that Amal was bringing something bigger than they’d imagined to their streets, and worked to make gathering worthy of her 12-foot stature. Cities devised gatherings, art and music but also theatrical events, like Amal getting lost in Athens and finding her way with the help of a red thread. Larger-than-life banners, birds and other elements were created to keep Amal company as she traversed cities, and remained after she left. The website walkwithamal.org continues to offer online activity and education resources to help anyone engage young people with stories of the walk and the situation it symbolizes. It is the learning, says Dent, that is the legacy. 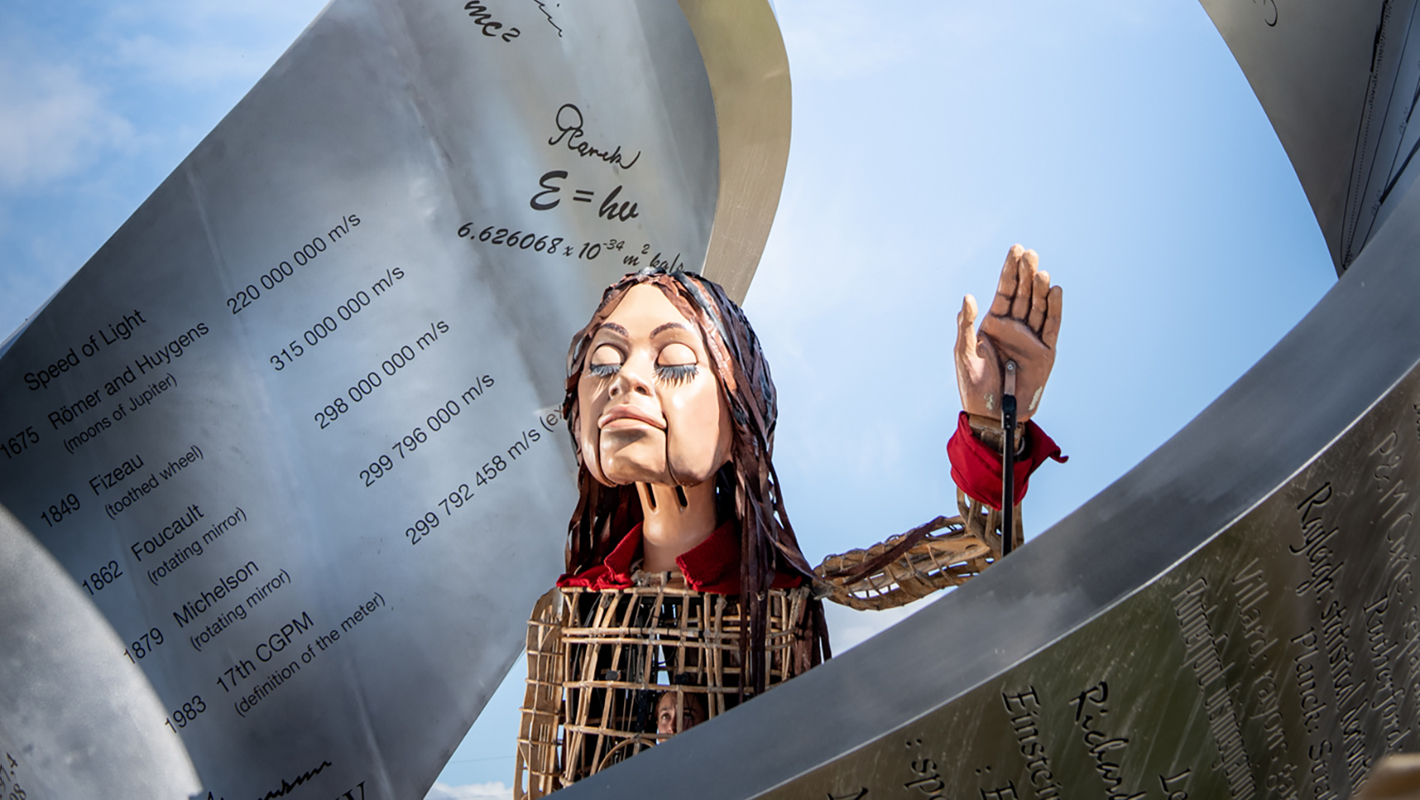 But it might be premature to speak of Amal’s legacy. A puppet cannot cure racism, but Amal can help people be touched by a story that can seem far from their everyday lives. She can advance awareness and spark empathy as surely as she puts one large foot in front of the other in the hometowns of people seeking connection with those they don’t know or understand. Says Dent: “She has touched so many people’s hearts and imaginations: her journey may be just beginning.”