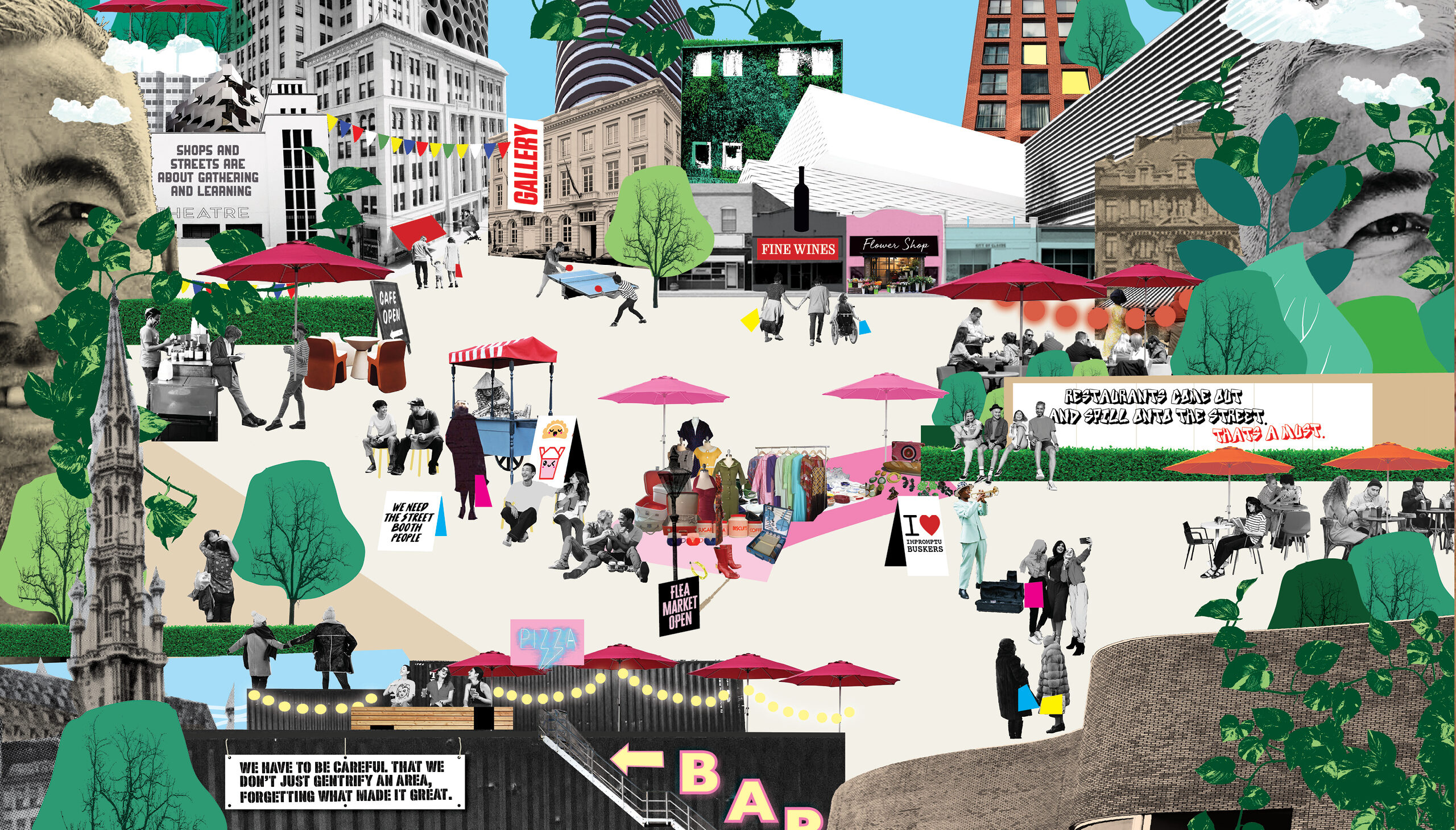 Content. Traffic. Conversion. For Roger Wade, bricks and mortar retail evangelist, founder of Boxpark and 30-year explorer of the ever shifting retail landscape, it’s a mantra.

He’s made it the foundation of three perma-pop-up London locations of the celebrated destinations he created from shipping containers—Shoreditch, Croydon and Wembley which fuse shopping, street food, drinking and partying, often, but not always, against the raucous backdrop of game day. Content, Traffic and Conversion continue to be the watchwords now that Wade’s company has received an influx of cash from LDC, the private equity arm of Lloyds Banking Group.

Content, the stuff within a retail place, is never better experienced than on site, through the senses. Traffic, “cost-efficient on a street, expensive in Google AdWords.” Conversion, the sell-through: “the buyer is right there.” He frets about the future: shops aren’t good at data, they have to learn it to understand what people like and what keeps them coming back.

Wade’s nightmare is a domestic scene in which everyone is sitting alone on their phones, and drones bring dinner. Which sounds frighteningly familiar to anyone with a phone. Over his 30-year odyssey through retail, Wade has been consistently working to bring the timeless elements of the retail experience ones that have endured for hundreds of years to the 21st-century street. Along with a careful analysis of emotions, Wade takes a hard look at data that tracks his customers’ buying habits and food preferences, and works to enhance loyalty—number crunching that Wade is constantly encouraging small retailers to do in order to compete.

In truth, Wade is creating a cross between a contemporary market stall (“I’d buy Leadenhall Market in a heartbeat,”) he says, and an Italian piazza, something you’d find in Venice or Florence, an ever-changing, always entertaining, mixed-vibe ecosystem of people and environment. For Wade, it’s about a place that can evolve as the day wears on. “We tend to pigeonhole space, but space can transform,” he says. A plaza can be a fish market for locals on Tuesday mornings, full of students sunning themselves and flirting at noon, crisscrossed by pedestrians commuting home on foot in the late afternoon, a languid hub with long shadows for the apéro, and then entirely another world after dark, when live music seeps from a dozen doorways and people and dancing shadows occupy the plaza.

Inspired, The Journal put colored pencils to paper to draw the square—and the community that Wade sees in his mind’s eye. “Fundamentally, people want to get together to eat and drink and shop,” he says. “But it’s not just shops, it’s the coming together. I’m not saying anything new.” Perhaps not, but somehow, it never gets old.