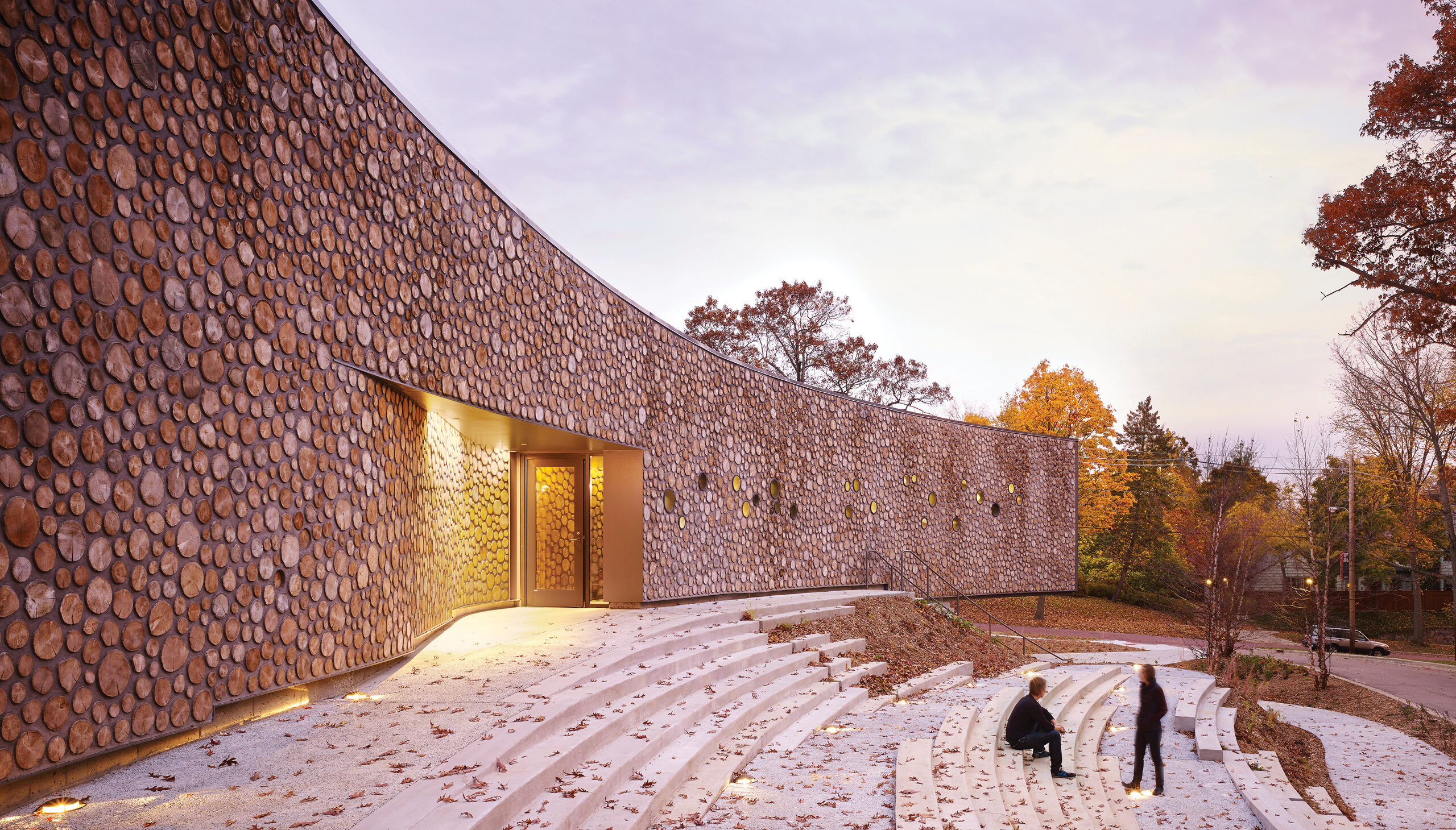 How can architecture build a better world? It can create equity in public spaces by listening to the people who don’t enjoy that privilege. Listen to the opportunities to reuse buildings. And listen to the birds. Jeanne Gang, founding principal of Studio Gang and shaper of livable places around the world, shared her philosophy, process and projects at WRLDCTY 2021. 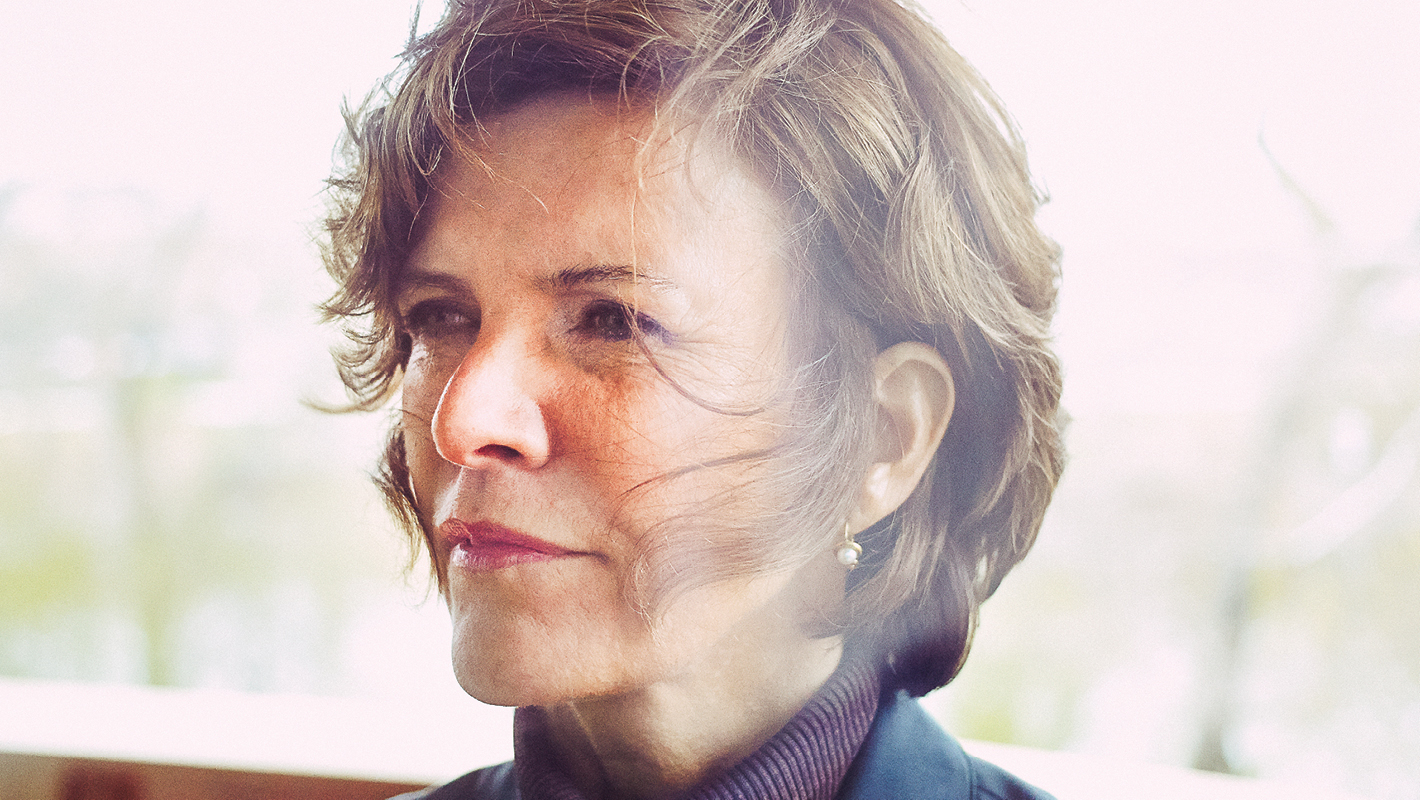 What’s your takeaway from our pandemic years, Jeanne? What have we learned?

These past years underscored the vital importance of outdoor public space for sustaining health and wellness, for building and maintaining community connections, and for enhancing the livability of our cities. I’m passionate about how architecture can set the stage for better relationships between people and with our environment. I’ve always been interested in activating communities, and my practice has focused on urban centers, with an emphasis on how architecture and urban design can come together to create stronger social connections and better places for all.

How does public space feed into that?

While the pandemic called for social distancing, it was large public open spaces that made it possible in cities. During the last year, we saw more and more full use of public outdoor spaces—here in Chicago, along the lakefront, for example. In Oslo, outdoor recreational activity actually increased 291 percent during the lockdown, relative to the three-year average. Public space was also crucial for large demonstrations that are an important element of democracy, like the protests held in many cities after the killing of George Floyd. Flexible public spaces add resiliency to our society and I think we’ve really come to appreciate their necessity.

Another example from here in Chicago: a project called the Nature Boardwalk at Lincoln Park Zoo, which we designed and completed well before the pandemic, but is even more important and adds resiliency post-pandemic. The original project brief asked us to design a pavilion for a park with a large pond, which is part of the zoo, but we saw much more potential—we thought we could make the 14-acre park a major destination for ecology in Chicago. We ended up designing not just a pavilion, but a renewed ecosystem with a network of walkways and connections to nature right in the middle of the city.

The open-air pavilion itself was highly used during the pandemic and has become a beloved destination for the city, supporting many different activities. To do the larger revitalization project around the pavilion, we worked with ecologists, engineers and hydrologists to reengineer the pond—which was artificially fed by city drinking water—so that it could function as a natural watershed, refreshed by rain. This made the park a resilient space that helps the city adapt to climate change by gathering stormwater and holding it there, reducing the pressure on gray infrastructure. With new topography and vegetation, the park also provides habitat for wildlife that ties into the city’s other open spaces. Going forward, creating this kind of place and larger blue-green networks will be even more important in urban areas—they make space for animals and insects, increase buffers with human populations and bring people into connection with nature.

With this improved park habitat, the Lincoln Park Zoo started the Urban Wildlife Institute, a program to study urban nature. Today they manage a huge network of wildlife cameras, audio monitors and other technologies that record animal activity in Chicago and the region. Through their studies, they’ve found that our project has greatly increased the capacity of the pond and surrounding park to house wildlife; more than 250 species have been observed on-site since the project was completed in 2010. A group of nesting black-crowned night herons—which are endangered in Illinois—has increased in population and use the site fully, which is a pleasure to see every year. More and more mammals, from beavers to coyotes, are also being spotted and are really able to thrive within the city limits.

A few years ago, the Diner en Blanc group—which is a “secret” dinner party where you dress in white and get together to eat a picnic outside—inhabited the entire length of the Boardwalk in a way that I don’t think any of us who designed it imagined it could be used. But it was so wonderful to see! We really have a full ecosystem here—it’s about building relationships between people, but also relationships to and within the natural world. 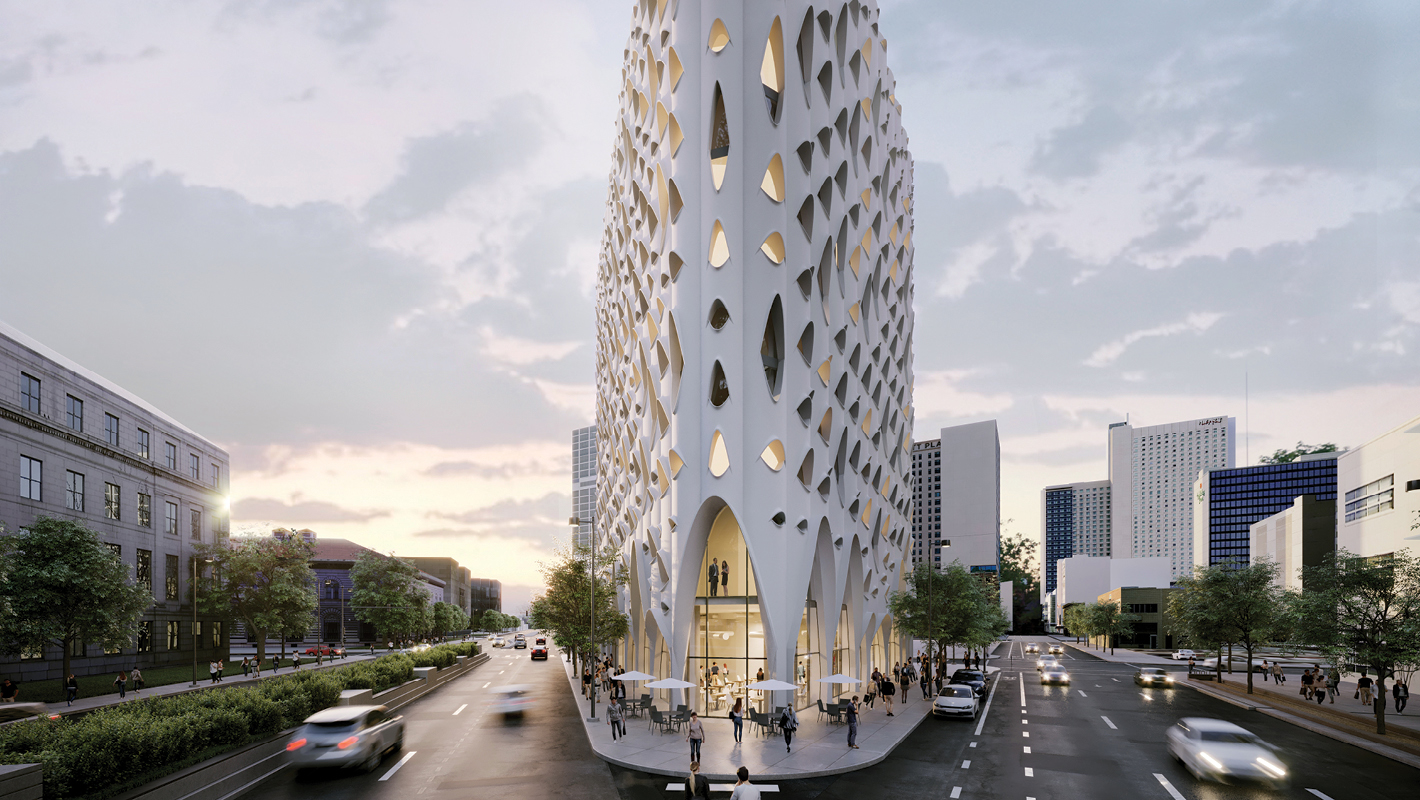 How do we make public space more equitable?

The kinds of social interaction and relationship building that happen in public space are what we need right now to combat loneliness, to air out our problems and to amend social divides. In all our Studio Gang projects, even towers, we’re looking for ways to connect communities, create environments that reduce climate change and make spaces that are welcoming for everyone. In the city of Chicago, the Mayor’s Office of Violence Reduction asked us to look at the neighborhood of West Garfield Park. Collaborating with the Goldin Institute and many others, we took on this Neighborhood Activation project to understand how design and public space could work to reduce violence. What we found, by talking to people who live and work in the community, was that this was a part of the city that was once thriving with activity and really a proud place. But after a series of protests in the 1960s, a lot of buildings were torn down and cleared out. It was this act of so-called urban renewal that had really negative impacts on this neighborhood—there’s a lot of vacancy today as well as violence.

We worked with many different community groups on the project; it was important to take in their knowledge and understand what they wanted to see in the neighborhood. You have to listen first before designing. Our team heard what was working and what wasn’t working. In neighborhoods like this, there’s always something positive that’s already happening. There might be some things missing, but it’s really about connecting the places that are working—finding out how to fill in this “policy flower,” if you will, whose different petals add up to community safety.

In this instance, on one key corner—Madison and Pulaski—there were some vacant lots, but there was also a school and a library that were acting as important social hubs, though they lacked outdoor space. So while the area was experiencing violence, there were definitely some existing assets that could be better connected to create more safe space. Working with our project and community partners, we imagined what could= inhabit these vacant lots. One of the ideas the community came up with was a roller rink. The mayor of Chicago, who’s focused on investing in the west and south sides of the city, strongly supported this idea.

By working together with communities and understanding what they really want and need, I think designers can help facilitate a more equitable city and public spaces. The roller rink opened this summer, and it was visited and used by all. So much so that the City is working to build a permanent version next summer, with infrastructure for all kinds of events. It was a very quick project turnaround, but it showed that this is just the beginning of what’s possible for West Garfield Park and this new network of places. 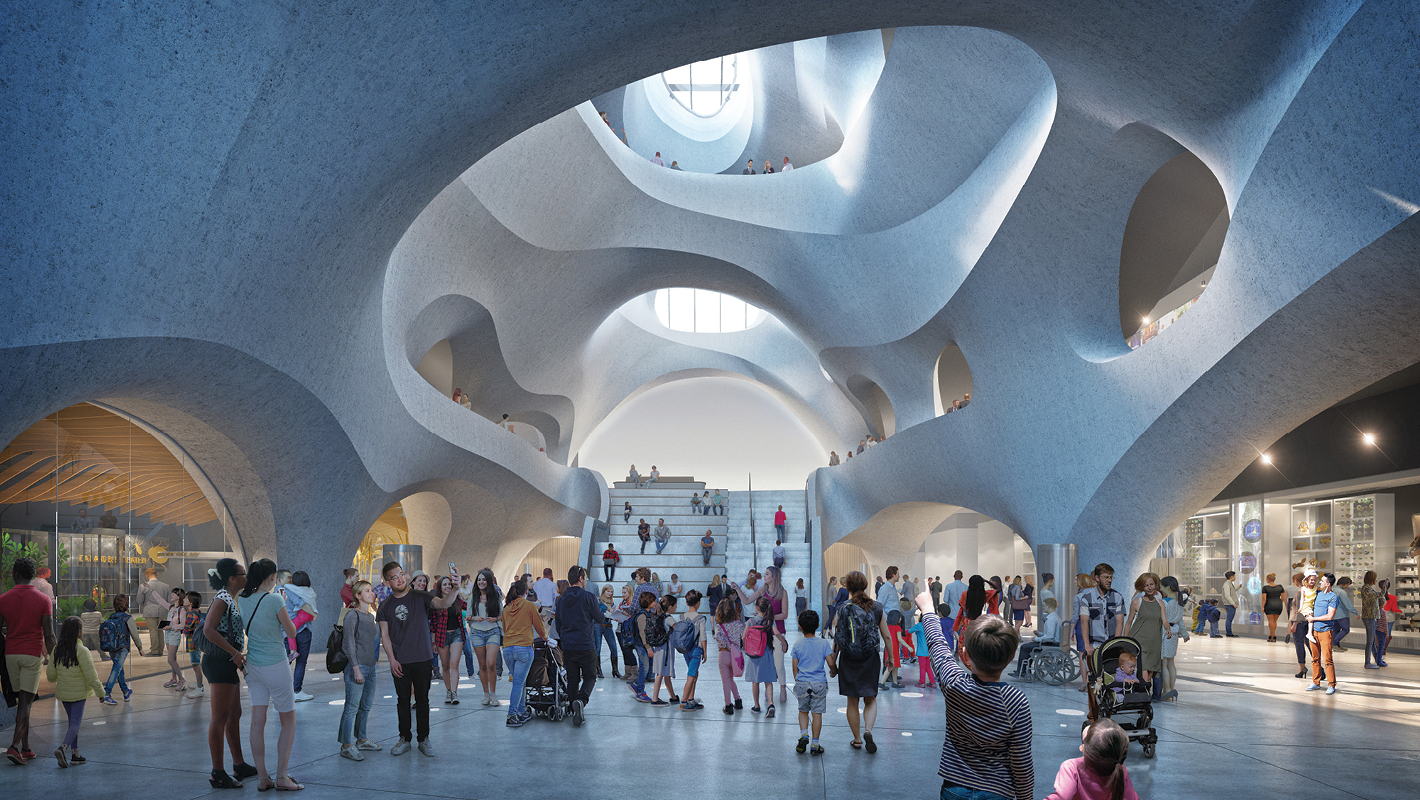 ABOVE
Richard Gilder Center for Science, Education, and Innovation at the American Museum of Natural History, located in New York
Image by Studio Gang

How can architects minimize the environmental footprint of buildings?

To combat climate change, buildings that will be more and more needed going forward are reused structures. We recently completed a very interesting reuse project in Beloit, Wisconsin, called the Beloit Powerhouse, which was a coal-burning power plant located on the Rock River, near a college campus. For years, the power plant was important to the economy of the area, but it fell into disrepair when it couldn’t meet EPA guidelines. Imagine a building like this at an industrial scale: if it’s not in use, it causes blight because it takes up so much area—and this particular building was taking up such a key location on the river. Beloit College was able to purchase the building for very little money, and our design adapted the structure to support three interconnected functions inside it—a student union, a health center and a recreation center. We renovated and preserved some of the historic elements, created a new pedestrian bridge from campus to the power plant, and added a new field house. A running track knits the whole building together. Reusing the original structure substantially reduced the project’s embodied carbon, and a new river water heat exchange system reduces its energy use and operational carbon.

The Powerhouse opened just as the pandemic was coming on and it turned out to be a key building that allows college students to gather in a safe way because of its large scale and embrace of the outdoors. With its bridge and public elevator connections to the campus and river, it also acts as a continuation of the adjacent river walk and offers new levels of accessibility to the community.

If you were to say one thing to young architects, what would it be?