What makes Madison, WI, one of America’s Best Cities?

A recent trip to Madison, Wisconsin, was a reminder of the things smaller cities are doing right and the lessons for other towns hoping to shape and position themselves for a more prosperous future. Here are the five things that Madison is doing right that similar-sized small and mid-sized cities can prioritize today and for years to come.

There’s no universally agreed upon definition for what a perfect city is today.

As global advisors in tourism, real estate, and economic development, our team at Resonance has worked with dozens of cities and communities around the world and surveyed thousands of U.S. households and businesses trying to answer this very question, the results of which led to the creation of our annual America’s Best Cities rankings that benchmarks the performance of cities across the country in 23 areas that travelers, talent, and companies tell us are most important in choosing a city to live, visit, or do business. 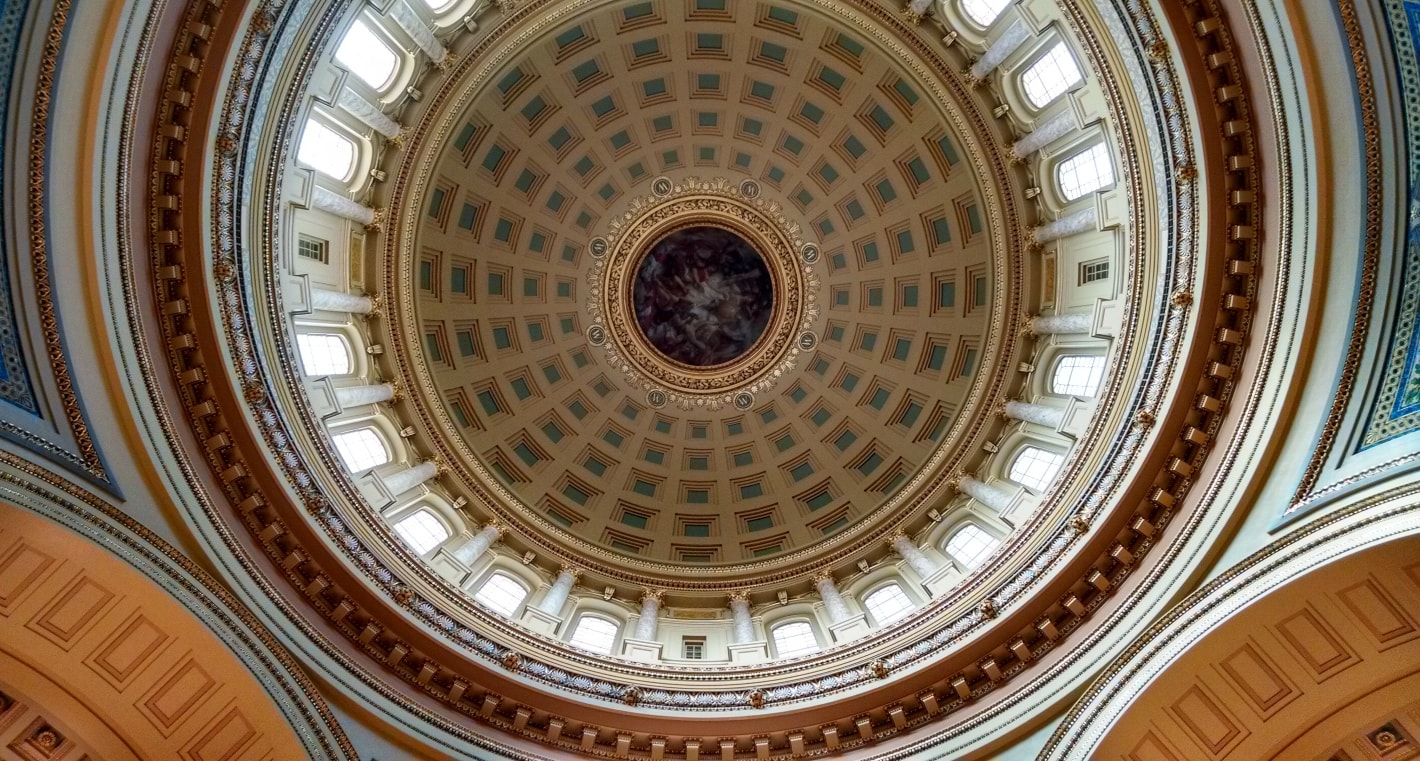 The striking interior of the Wisconsin State Capitol.

Ranking No. 10 overall, the city’s enviable position as both capital of Wisconsin and the site of the state’s largest university certainly fuels its No. 13 ranking in prosperity among small cities in the nation, including No. 18 for household income and the 11th-highest number of Fortune 500 companies located in a small city.

A hive of health care, IT, and manufacturing powered by pipelines of talent out of the University of Wisconsin creates a symbiotic, sustainable relationship between academic infrastructure and economic performance. Indeed, Madison lands in a top-three spot for educational attainment nationally for small cities.

Last month, I had a chance to visit Madison for the first time. In speaking with city leaders and organizations ranging from the mayor to the chamber of commerce, the local pride is palpable—and rightly so.

Here are the five things that Madison is doing right that similar-sized small and mid-sized cities can focus on in the years to come.
Resonance President Chris Fair

The America’s Best Cities ranking is not the first out there to throw accolades Madison’s way. But what was refreshing to see was a universal acknowledgement that the city can’t rest on its laurels if it wants to be one of the country’s best cities a decade from now.

Based on our research on Madison and the factors that are shaping the prosperity of cities today, here are the five things that Madison is doing right that similar-sized small and mid-sized cities can focus on in the years to come. 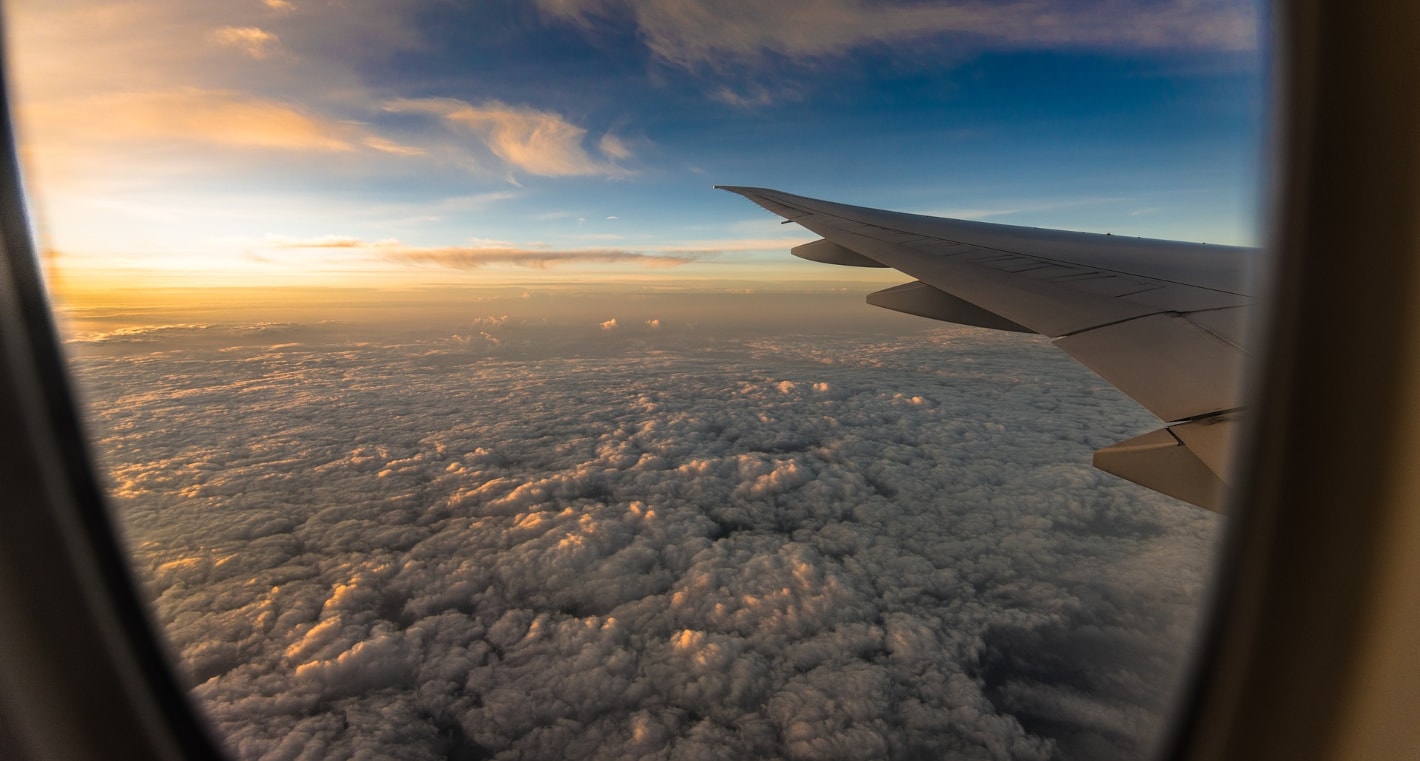 One of Madison’s greatest assets is the strength of its air connectivity to other cities.

One of Madison’s greatest assets is the strength of its connectivity to other cities via its airport.

In our research at Resonance, we’ve found that airport connectivity has one of the highest correlations with not only hotel room demand in a city, but GDP, employment and real incomes in a city. The Dane County Regional Airport not only offers the typical regional commuter flights for a city of Madison’s size, but direct flights to 19 different cities from coast to coast.

Much of that service is supported by local companies like Epic Systems and its 10,000+ employees. In other small cities like San Luis Obispo, tourism is supporting demand for expanded air access to that city’s new terminal. Whether demand is driven by business or tourism, airport connectivity is of growing importance to the future prosperity of cities large and small. 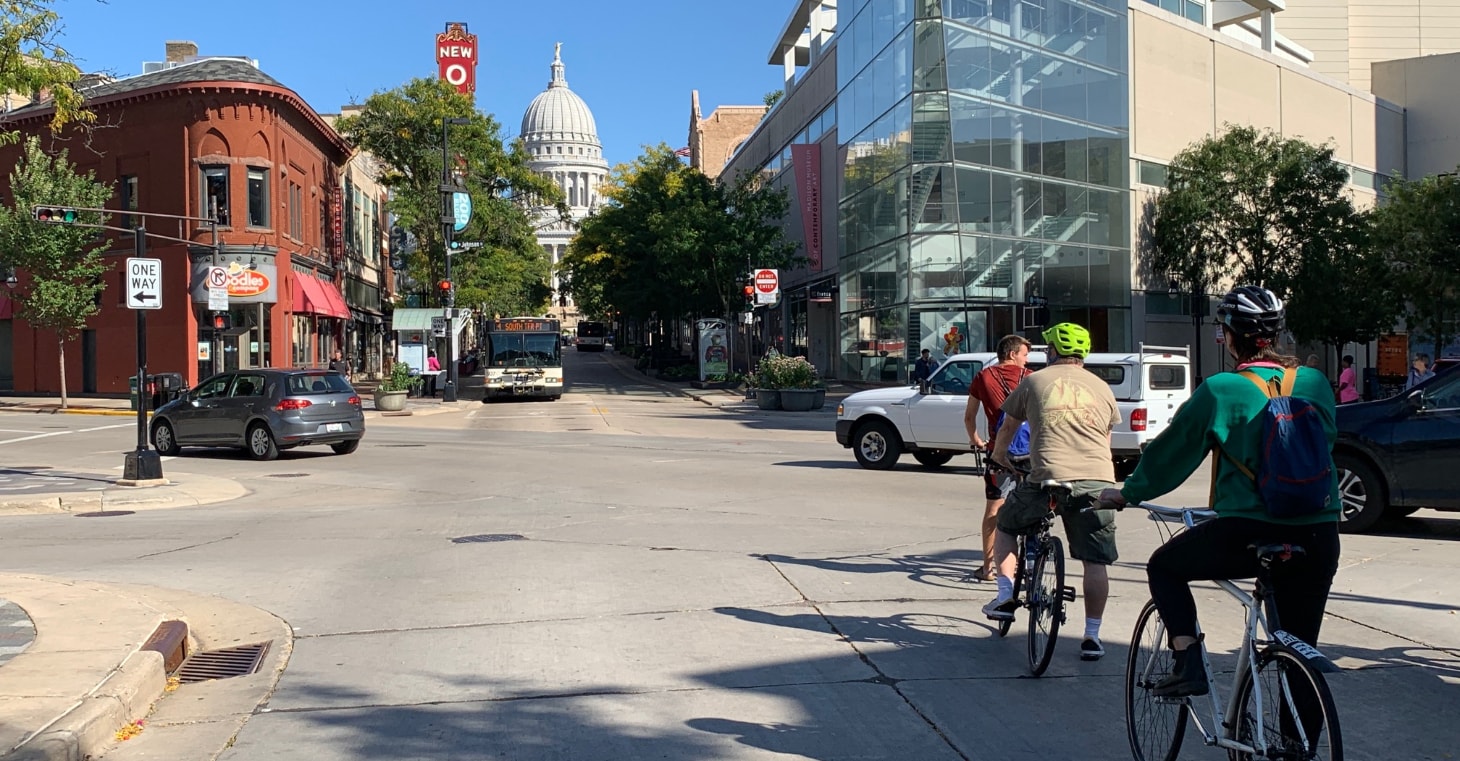 Madison is clearly a leader when it comes to cycling.

Cities in North America were largely designed around the car, which then shaped the way we live and work in our cities. It’s not sustainable.

There’s a false prophesy that autonomous vehicles will solve the problems we’ve created when it comes to congestion and urban sprawl.

They won’t. In fact, it’s more likely that they will make them worse as more people choose to call up a (soon to be) autonomous Uber. Proof? With the introduction of Uber, transit ridership declined in all but four cities in North America last year.

Walking around downtown Madison, I was surprised by the number of cyclists throughout the city. The city  is clearly a leader when it comes to cycling, but creating and painting bike lanes is just the first step. More dedicated and protected lanes is the next, especially if cities want to safely incorporate and adopt the next wave of micromobility technology: scooters.

The introduction of scooters in many cities has been chaotic, but with the right regulations, separated lanes, and organized parking, scooters have the potential to dramatically increase mobility in our cities and help remove more cars from our streets. 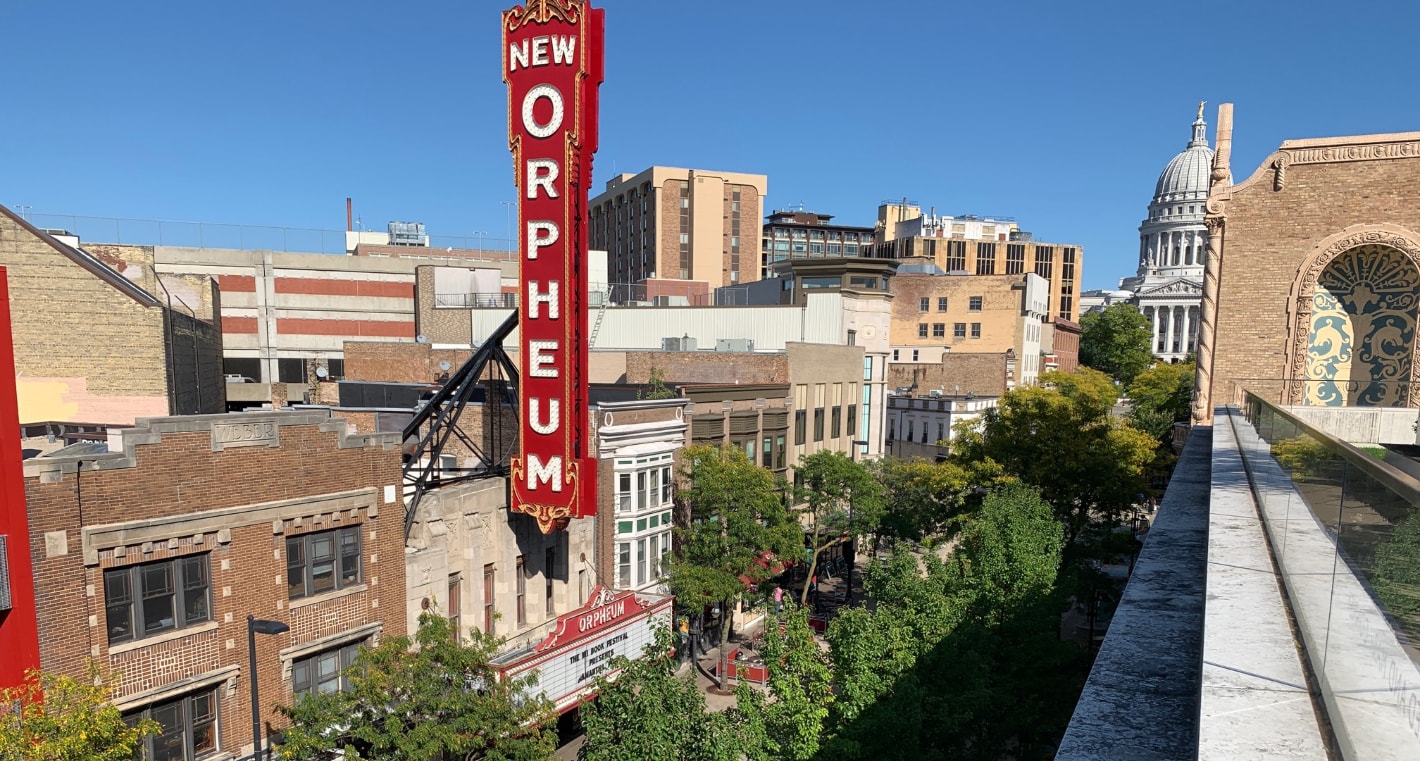 Madison is geographically constrained. And that’s probably worked to its advantage.

There has obviously been a significant amount of multi-family development in Madison’s downtown in recent years. Virtually every city needs more of it.

Situated on an isthmus between two lakes, Madison is geographically constrained. And that’s probably worked to its advantage. There’s only one answer to maintaining a vibrant downtown and filling in vacant storefronts in our cities and that’s by creating more opportunities for people to live within walking distance of them.

At the same time, housing affordability is an issue for most every city in the country. Changing zoning and/or height constraints to stimulate more development of apartments and condominiums in our city centers won’t solve our housing crisis, but it will help. 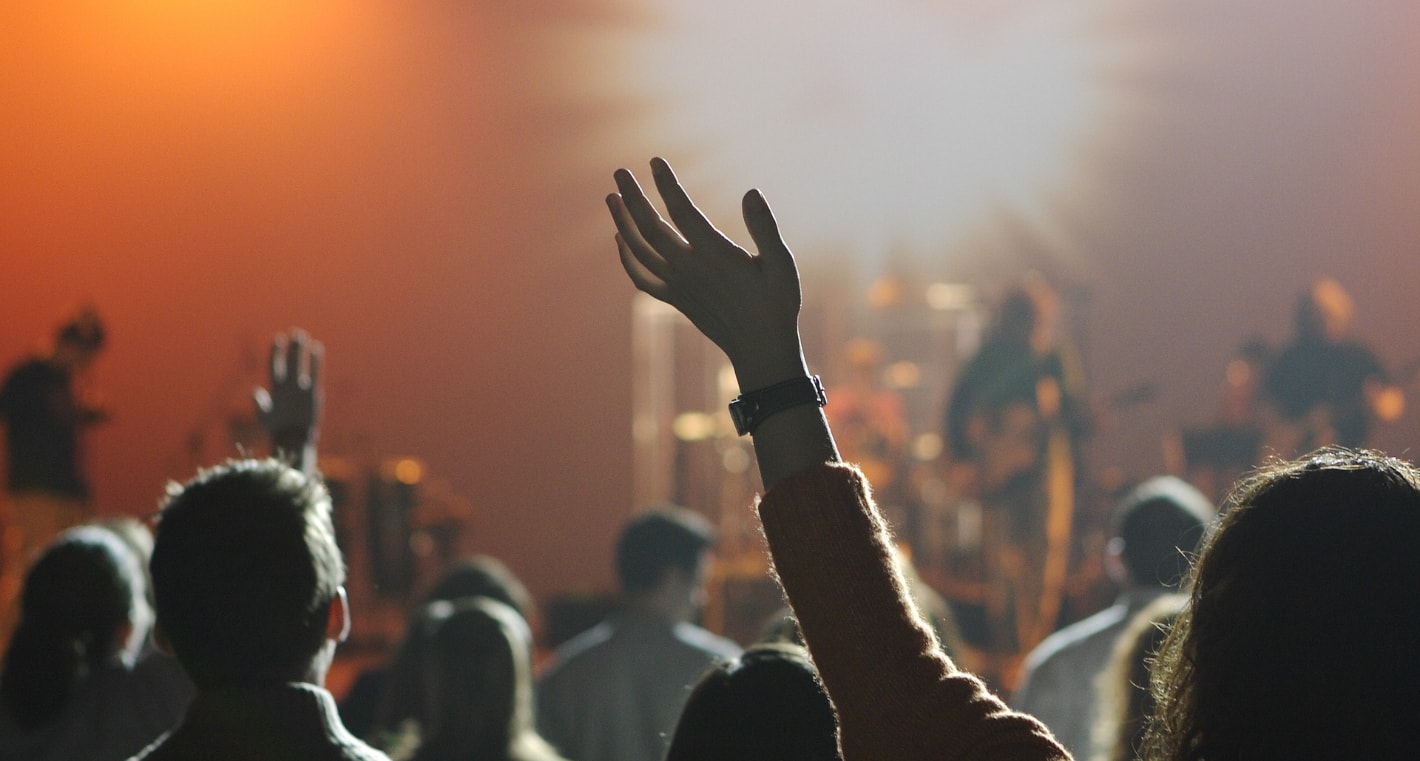 We found a high correlation with the prosperity of a city and social media recommendations.

In our research, some of the factors that show the highest correlation with the prosperity of a city include the number of recommended restaurants, shops, and nightlife experiences in TripAdvisor.

In fact, the number of mentions of a city on Instagram has one of the highest correlations with not only hotel room demand, but GDP, employment and incomes. While these factors are obviously attractive to visitors, it’s surprising to many to see what a strong relationship they also have to a city’s economy as a whole.

Why? When we asked business decision makers what they considered to be the most important factors in choosing a place to do business,  “an exciting city environment” is near the top of the list. Investing in and developing the vibrancy of our cities isn’t just good for visitors and the local community—increasingly it’s good for business, too. 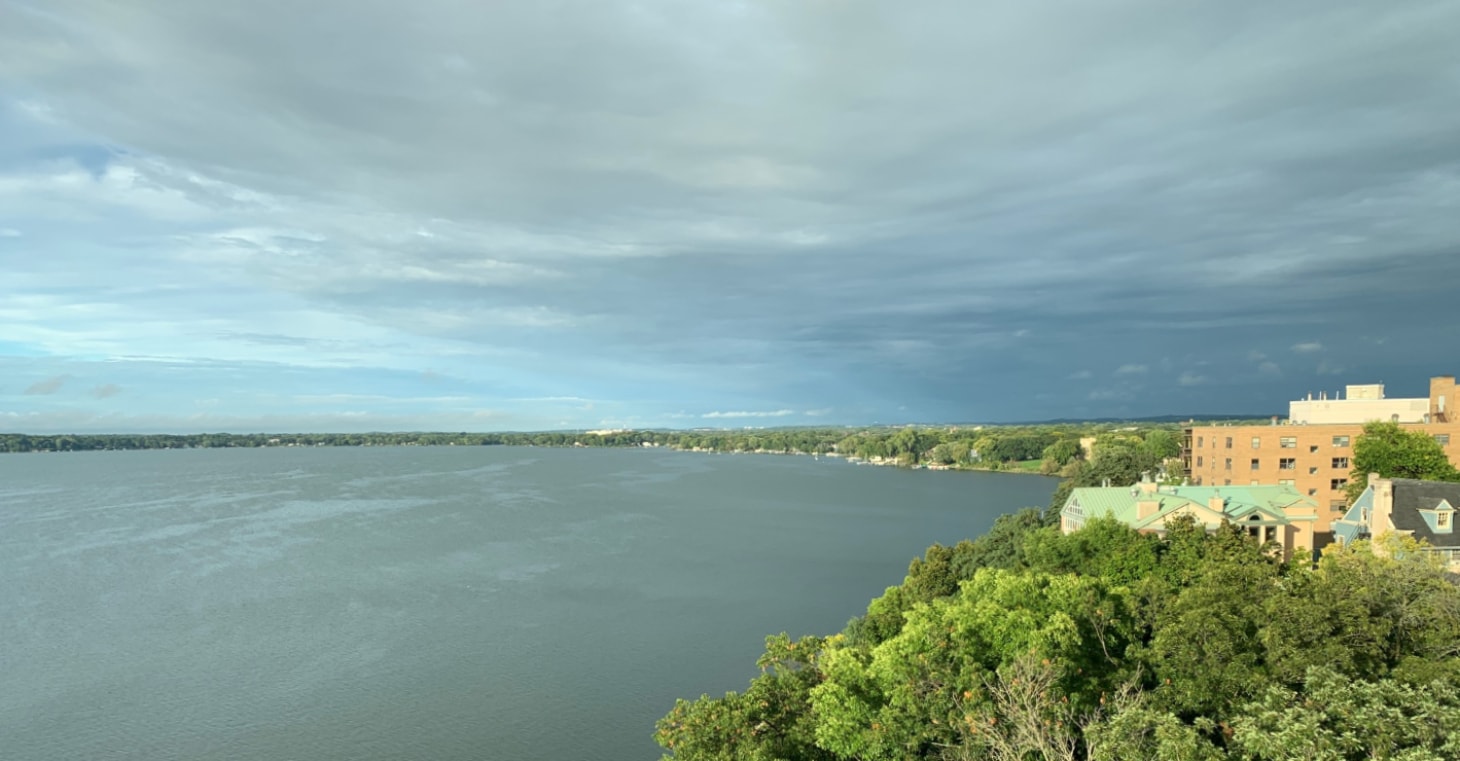 Collaboration is part of the landscape in Madison.

Cooperation speaks to breaking down the silos between municipal governments, chambers of commerce, economic development organizations, and the city’s convention and visitors bureau as they come to understand that initiatives such as the ones I’ve listed above are not only good for the city as a whole, but also key to accomplishing their own specific objectives, whether that be quality of life for residents, attracting new businesses, or visitors to the city.

Visit Madison hosts an annual Destination Champion breakfast that brings together leaders in government, business and tourism to help create more collaboration between these various organizations. It’s a small but important step.

As I think about what makes for a perfect city, we still don’t have the answer. The reality is that there is no one size fits all strategy or plan. How cities move forward in each of these areas will be different from one place to the next, which can only be answered and implemented by city leaders and organizations collaborating together. When you think about it, that sounds like the definition—and foundation—of a perfect city to me.