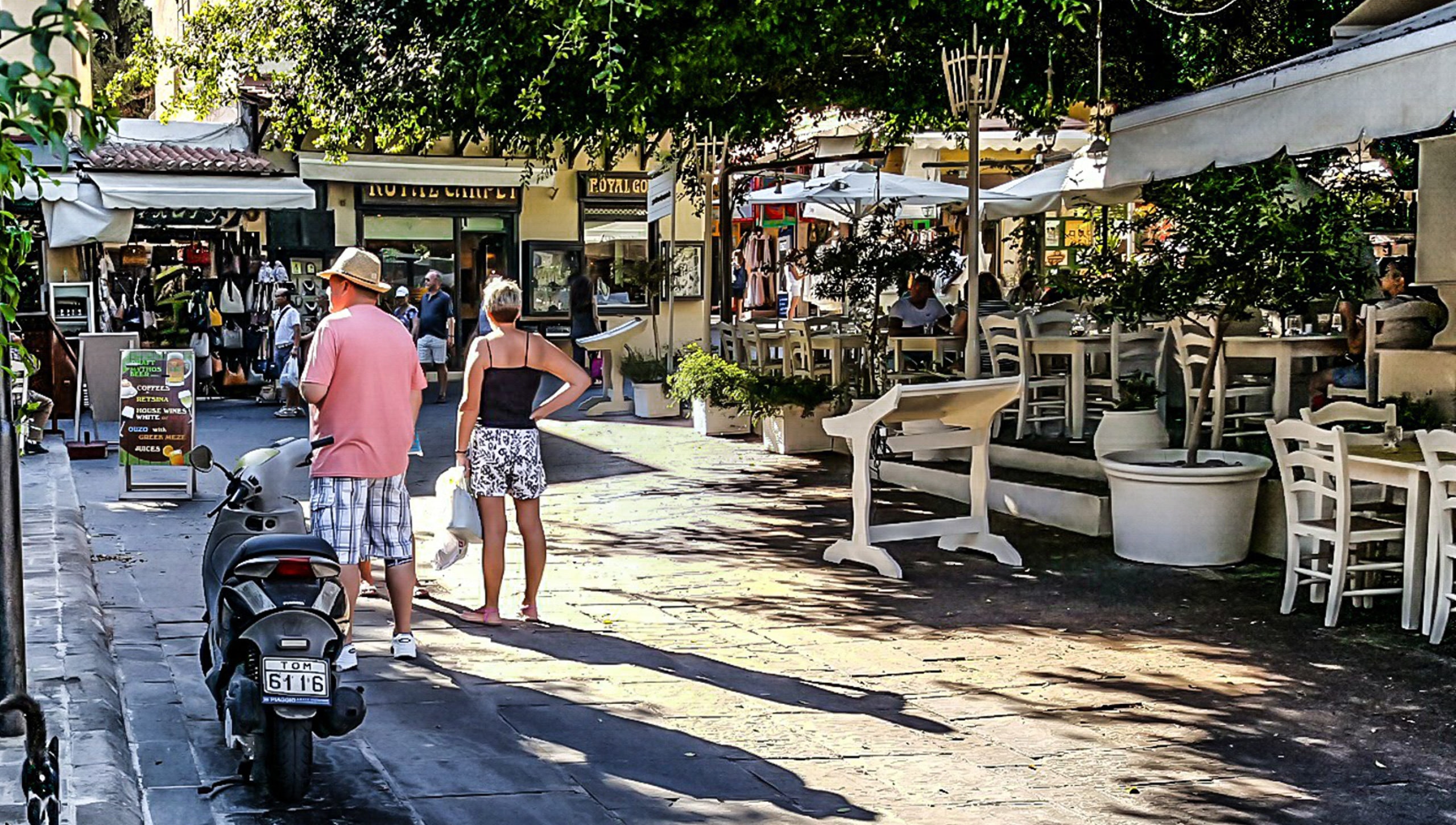 Research by Resonance and our friends at Tourism Economics shows that older travelers are about to have a much bigger impact than Millennials, not only on the travel and tourism industry, but cities in particular. Here’s why.

Research by Resonance and our friends at Tourism Economics shows that older travelers are about to have a much bigger impact than Millennials, not only on the travel and tourism industry, but cities in particular. Here’s why.

In 2010, the United Nation World Travel Organization projected that international travel would double between 2010 and 2020, growing about 4% per year. However, last year it grew by 7%. International travel isn’t just growing faster than we predicted just a few years ago, but a disproportionate amount of this growth is going to cities.

In fact, the growth of leisure trips to cities is nothing short of staggering—between 2011 and 2016, those trips around the world doubled, rising another 16% in 2017 alone, according to World Travel Monitor. Growth is so fast that cities like Barcelona, Amsterdam and Berlin are struggling to accommodate the number of visitors. And it isn’t just a European or Asian trend—leisure trips to cities rose 15% last year in North America, too.

What’s driving this exponential growth in leisure travel to cities? While it’s true that Millennials like cities, as we found in our 2018 Future of U.S. Millennial Travel Report, we also know that for every Millennial traveler in the U.S. there are at least two travelers over the age of 65 who have both more time and more money to travel. And guess what the #1 type of vacation this cohort likes to take? Trips to cities, according to our research.

Research by Resonance and our friends at Tourism Economics shows that older travelers are about to have a much bigger impact than Millennials, not only on the travel and tourism industry, but cities in particular. Here’s why:

1. THE WORLD’S POPULATION IS AGING ACROSS EVERY REGION OF THE WORLD

Ten thousand Boomers turn 65 every single day. The 65+ is the fastest-growing demographic in the U.S. and the wealthiest demographic in the developed world. And they’re everywhere. Seventeen percent of Europe’s population is now 65+, as is 7% of Asia’s and 10% of North America’s. In fact, the world’s population of 65+ people is growing—from 600 million in 2015 to more than one billion by 2030.

2. A NEW DEFINITION OF AGING

It’s an interesting time to be aging. The world is seeing a new kind of older generation—healthier, wealthier and more worldly than any before them—one that from 60 to 80, and even beyond, is determined to make the most of the time left to them. Ageist digital magazine—”A collective of thinkers, creatives and researchers dedicated to promoting a better understanding of an emergent age”—urges its audience of 50+-year-old-readers to “live fast, die old”. These aren’t what you’d call “Seniors” in the traditional sense. Think “Silvers” as Boston Consulting Group does, or “Forever Youngs.”

And while the 65+ cohort doesn’t spend money the way people with young children at home do—at 65, spending diminishes greatly overall—there are so very many of them that their spending power is enormous. Which makes them a lucrative new market with time on their hands.

How much time? Life expectancy in the U.S. is 78 years old, and the wealthy live considerably longer than the average—the top 1% can live 15 years longer than those at the bottom, according to Stanford University economist Raj Chetty.

Increasingly, they’re also not tied to one another. According to Pew Research Center, the divorce rate among U.S. adults 50 and older has roughly doubled since the 1990s, a phenomenon Market Watch describes as “gray divorce.” For the financially secure, this opens up a period of footloose, unfettered freedom. So what are they doing with it?

One of the things this generation is spending time and money on is travel. In 2015, we conducted a survey of American travelers of all ages. We asked those over the age of 65 how they defined retirement. Their #1 answer? A time to travel and explore new places.

In our 2015 survey, we also asked travelers over the age of 65 what types of vacations they were planning to take and found that visiting a city was the most popular type of intended vacation, outpacing cruises, the stereotypical ‘senior’ vacation.

When you ask older travelers to state the vacation activities they regularly participate in, it’s easy to see why cities are their destination of choice. Dining, sightseeing, learning new things, visiting cultural attractions, shopping and attending cultural events and performances top the list—activities that cities do better than any other kind of destination.

An aging world population that likes to travel means the older cohort will account for a growing share of a growing pie of both domestic and international travelers. That adds up to a lot of trips and a lot of new opportunities for urban destinations in particular. Tourism Economics estimates that when it comes to international travel, senior travel will have grown from 40 million trips a year in 2004 to almost 160 million in 2024—and that’s just international travel.

So while we shouldn’t forget about Millennials and some of the key trends they’re influencing in travel and tourism (Airbnb for example), let’s start thinking about the implications (and opportunities) that the rise of senior travel offer destinations—both urban and resort.

While some of this demographic’s demands are unique—accessibility is important to a market that includes groups of people with some form of physical incapacity—they’re no more concerned about safety than other groups. In fact, many desires of the 65+ traveler mirror those of their younger counterparts, from the demand for free internet in hotels to the wish to learn something new on vacation.

While older travelers are more cost-conscious than other demographics, they’re rich in a way no other group is: they have time. They can take longer vacations; they can vacation off-peak season; they can take vacations more frequently. Properly developed and managed, seniors—or whatever they will decide to call themselves—can be a significant opportunity for destinations.