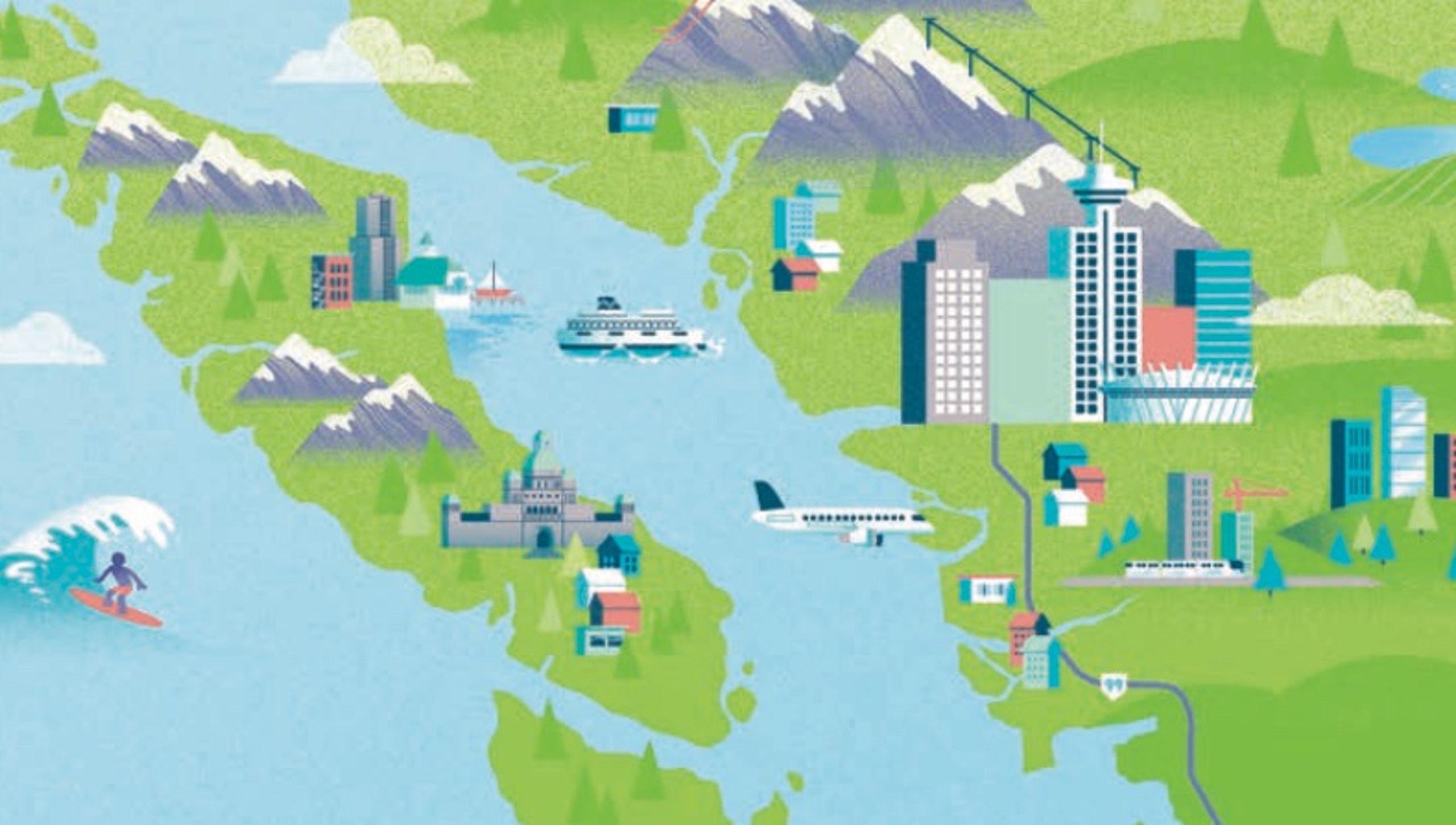 Vancouver is still the most preferred real estate market for British Columbians who are considering moving. It’s also the least affordable. Those looking for value are looking at Kelowna and Victoria, according to our Future of B.C. Housing study.

One of the most frequent accolades we hear about our Future of B.C. Housing Report is how its 60 pages teem with investment advice.

This wasn’t entirely our intent. We set out to measure the sentiment of more than 1,700 buyers (and renters) in B.C. around housing and shelter in one of the world’s least-affordable regions.

But one of the biggest revelations was the unearthing of “the next big B.C. real estate hotspots,” based on two answers. The first was where those respondents who were likely to move in the next five years were planning to move. The second was where respondents would move if money was no object.

The regions appear to be strong real estate markets, if in-province migration intent that surfaced in our Future of B.C. Housing Report is any indication. Here’s why.

This region’s star continues to rise, buoyed by a gilded reputation as a land of high-end living and fine wine and food.

Outdoor recreation at one’s doorstep only sweetens the deal. Connectivity is also driving the area’s appeal: two international airports in Kamloops and Kelowna are not only key to vacationing homeowners, but to a thriving homegrown economy that’s driven by a heady mix of Albertan entrepreneurship and proud local independence. Kelowna is, after all, conveniently located between Vancouver and Calgary.

According to our report, Kelowna & Thompson Okanagan is among the most coveted relocation destinations for British Columbians, second only to Greater Vancouver. The area’s housing price increase surpassed Vancouver’s in 2016, according to CMHC and the Canadian Real Estate Association, with a year-over-year price jump of 28.8% (compared to 22.6% in Vancouver) to hit a median home price of $783,164.

According to our survey, sentiment from local buyers gives this market room to run yet: Kelowna & Thompson Okanagan ranked second overall for all B.C. Boomers who were asked where they would move in the province if money was no object. Given the real estate wealth and purchasing power many Boomers hold in B.C., this sentiment bodes well for further price increases in the region for the rest of the decade.

HOTSPOT #2: Victoria and the South Island

“Victoria just got 15% cheaper!” That was a common refrain heard by the rest of the province across the Strait of Georgia when Vancouver’s foreign-buyer tax was introduced in August 2016.

Indeed, a smoking market that enjoyed 23% year-over-year appreciation in 2016 (according to the local real estate board) turned red hot in the month after the introduction of Vancouver’s foreign buyer-targeted taxes. Although it’s difficult to trace foreign capital diverted from Vancouver to Victoria, B.C.’s capital city will benefit from its tax-free openness to global investment.

But plenty of domestic sentiment is also fuelling the South Vancouver Island market, starting with Vancouverites selling high and going west, ferry fares be damned. According to our survey, Victoria is perceived as a coveted place to live, with Greater Vancouverites identifying it as the second-preferred location to move, after Vancouver. Notably, 23% of B.C. Gen-Xers looking to move elsewhere (if money was no object) prefer Victoria, followed by 22% of Boomers and 18% of Millennials. And Mike Nugent, former president of the Victoria Real Estate Board, notes that it’s not just B.C. dollars flowing in. Homeowners cashing out across the country are making their loonies work harder by opting for the South Island versus the Southern States and their 30% premium. To say nothing of the political drama.

B.C.’s NEXT REAL ESTATE HOTSPOTS ARE HERE. GET THE FREE REPORT