The job of leading a Destination Marketing Organization (DMO) can seem quite glamorous at times. As the chief salesperson for the city, you have the opportunity to travel to many different places in the markets you’re seeking to attract. Back home, you lead a team of people charged with highlighting and promoting the best places, people and experiences your city has to offer. What’s not to like?

Over the summer, I had the opportunity to facilitate a panel discussion between the CEOs of the DMOs in Los Angeles, San Francisco, San Diego and Aspen at the DMA West Conference and pick their brains as to what they saw as the key issues and opportunities for their destinations in the years to come.

Debbie Braun (Aspen), Ernest Wooden Jr. (Los Angeles), Joe D’Alessandro (San Francisco), and Joe Terzi (San Diego) knew each other well, so the conversation was convivial and entertaining as these competing destinations traded friendly barbs. But it was also quite serious when it came to discussing the new and emerging issues each of their destinations are facing. Based on our conversation, it seems that there are five key themes that are top of mind for these CEOs as they lead their destinations into the future. 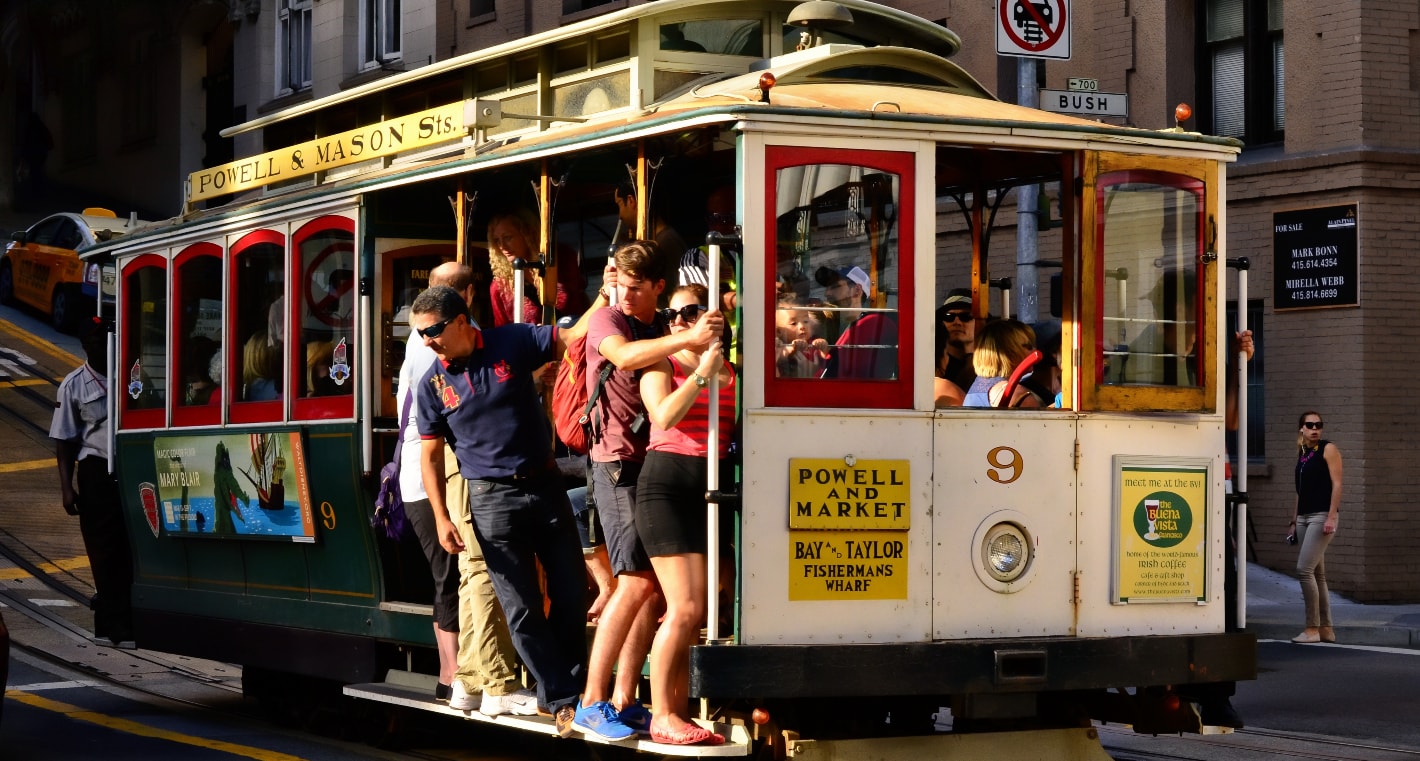 DMO CEOs are increasingly balancing how many visitors their destination can accommodate.

While hitting each year’s goals for hotel bookings has always been top of mind for every DMO CEO, rising visitor numbers year over year since the Great Recession are beginning to create a series of new emerging issues as some of these destinations begin to contemplate the question of whether there’s a limit to how many visitors each destination can accommodate in any given year.

“We’ve enjoyed 10 years of growth and there are now 250,000 more people coming into San Francisco a day than five years ago—this includes people who visit, who work. We’re at capacity,” said D’Alessandro. “Some of our neighborhoods are feeling the crush of visitors. We’re working with city to fix this.”

While some of this growth is the result of a secular shift in consumer spending from purchasing goods to experiences (such as travel), much of it is simply a numbers game—both demographic and economic—that is driving exponential growth in the absolute number of people traveling around the world.

“Demographics of the world are changing. When you look at the number of people traveling today vs. 10 years ago, it’s double. In the next 10 years, it will double again,” explained L.A.’s Wooden Jr. “More people are able to travel because they are middle class. China is obviously significant. Today we have 30,000 airplane seats a week, up from from three flights a week five years ago.” 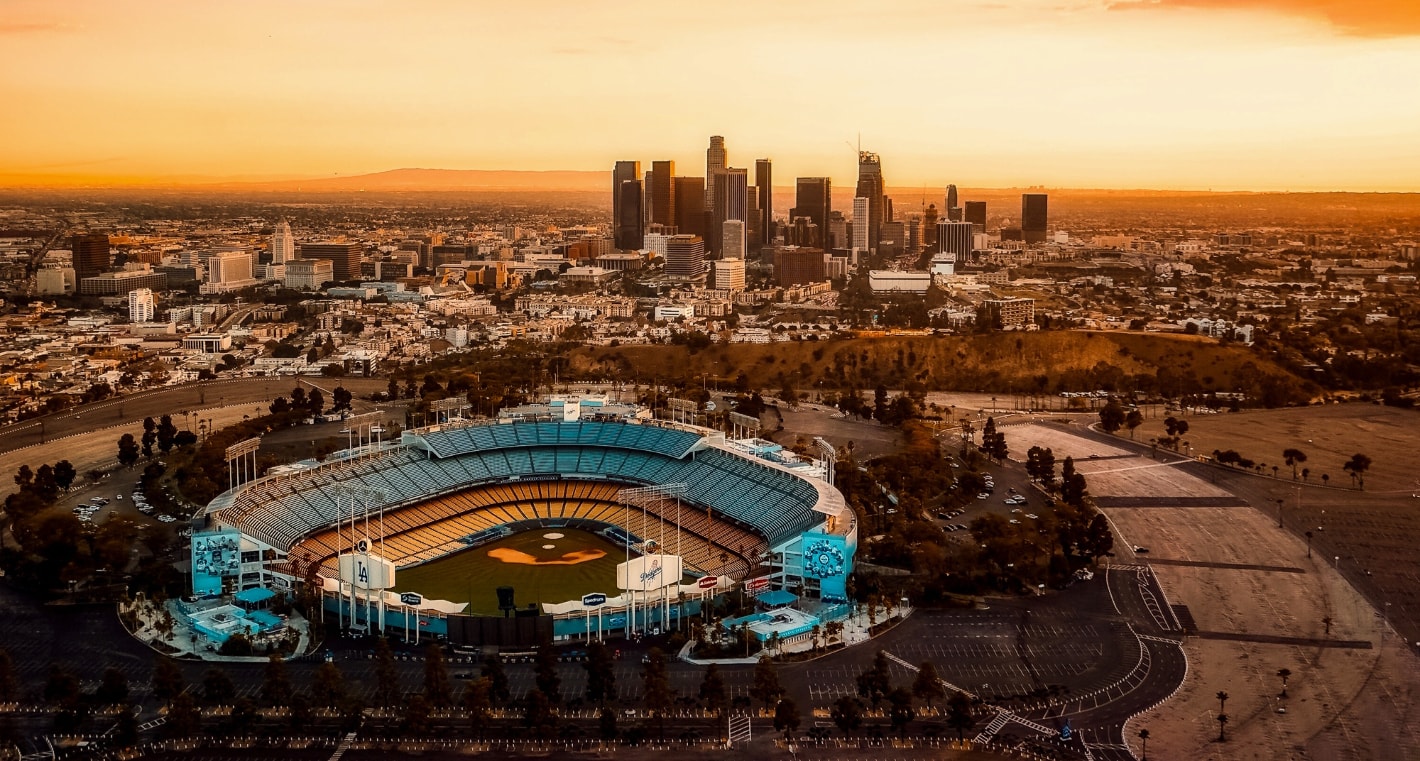 DMOs are no longer just thinking about sales and marketing, but how to develop their destinations inclusively.

As a result of the rise in the numbers of visitors (and projected increases still to come), DMOs are no longer just thinking about sales and marketing, but how to develop their destinations—making sure that this growth and the economic benefits that come with it don’t come at the expense of quality of life for local residents.

“Whereas 10 years ago it was website and visitor brochures, I spend more time at city hall talking about land use code or talking with businesses than I do on marketing or websites or visitor guides. That’s the future,” said Aspen’s Braun.

In Los Angeles, our team at Resonance is working with the city and L.A. Tourism to create a Tourism Master Plan that not only identifies infrastructure and product development needs to accommodate future growth, but how and who should manage and fund them.

“In the past, all of these collective issues around zoning, tourism investment and protection of our assets would find their way to my desk. And we were not ready to act on them. So L.A. created the City Tourism Development Department, charged with protecting the hard assets of tourism,” said Wooden Jr.

“This tourism development group helps us think about how we are going to evolve and protect the assets through a master plan. That goes right down to the minutia of do we incent developers to build hotels? If so where? And how big and what part of the city? How do we disperse the traffic around the city with taxes and otherwise?” 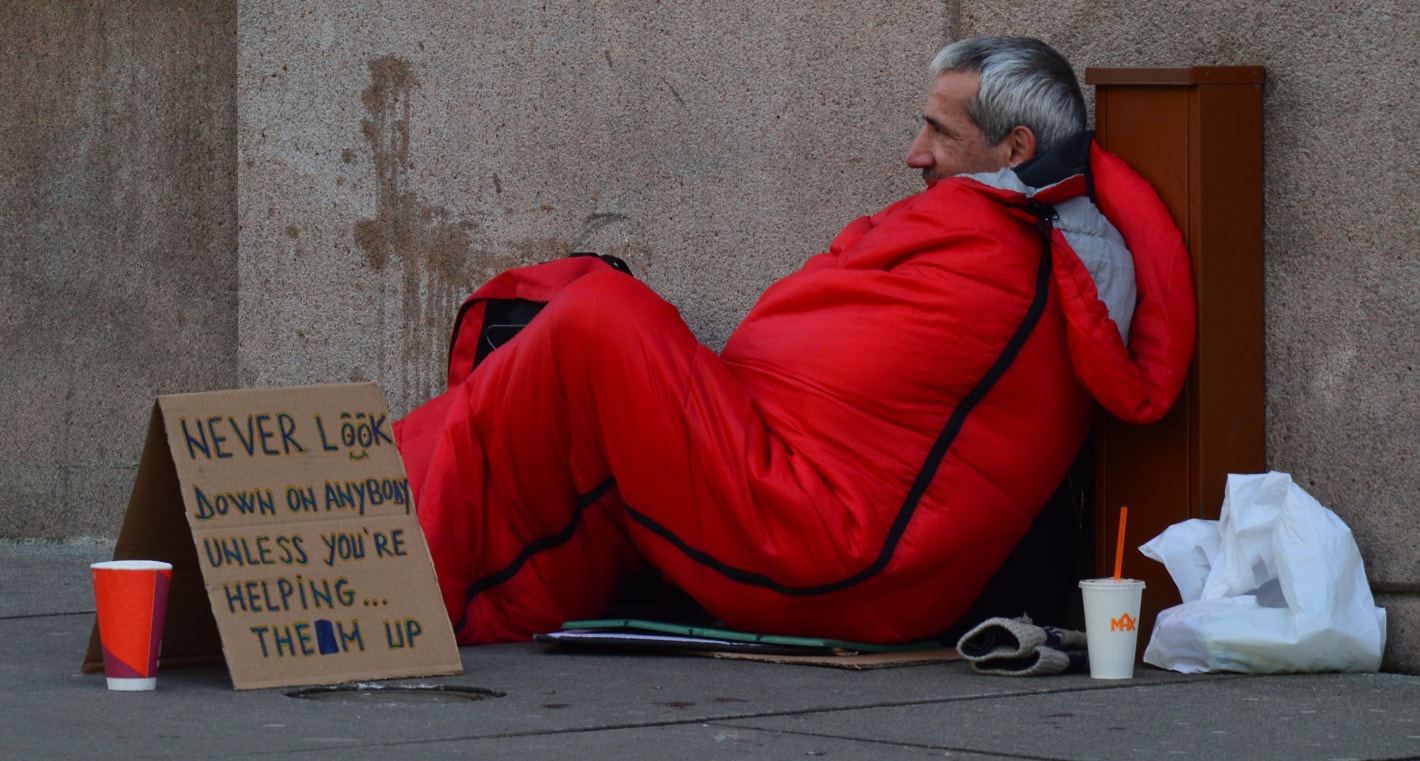 There are more than 55,000 people living on the streets in L.A. according to local sources.

More heads creates a need for more beds. It’s the growth of leisure travel that led to the rise of Airbnb. And while Airbnb has affected the average daily rate achieved by hotels in some markets due to reduced compression in peak periods, the rise of home-sharing has been even more disruptive to the rental housing market as residences that historically would have been rented long-term to people like those that work in the tourism industry are now being rented short-term to visitors.

In Aspen, like many resort destinations, policies were created and investments made years ago to create workforce housing. What no one in Aspen anticipated was that people would continue to own and live in this staff housing after they retired.

“Workforce housing is a massive issue for ensuring there are candidates to fill jobs. We are learning that rentals may be better than the ownership that we allowed hospitality workers to obtain in the past. The retired workers are staying in place, exacerbating the problem,” said Braun. “But we also look at housing to be helped by transit, as well as other perks. If you’re an employer in Aspen, you’re buying them a ski pass, bus passes and helping with housing. The Aspen Ski Co. has been very effective in buying land and building very small apartments that are rented to workers. And all developers are required to match 100% of all market-priced stock with affordable housing stock.”

My message to all my fellow DMOs here is if your community is currently not experiencing homelessness, you will.
San Francisco Travel CEO Joe D'Alessandro

“I’m advocating for new housing and bringing in affordable housing into our communities as well,” said San Diego’s Terzi. “I’m also doing what Ernie is doing in L.A., which is making it easier to get to employment centers via public transportation.”

And while the affordability and availability of housing is important to every destination, the CEOs of large cities like San Francisco and L.A. are even more concerned about homelessness.

“Our core reasons for why homelessness exists are often wrong. For example, what is the fastest-growing population of L.A.’s homeless people by percentage? Women over 55. Sure there are so many macro issues—element of drugs or crime or young people running away to glamp out in the city—but most of these people are one paycheck away from losing a roof over their head. And once they’re out, it’s almost impossible to get back in. For us in tourism, it’s starting to bleed into areas that we never before saw—in and around convention center for instance. There is seldom crime, but it’s the #1 threat to tourism.”

“I travel all over the world and I don’t see this anywhere else. We are the richest country in the world and we can’t solve this for our people?” asked D’Alessandro.

“My message to all my fellow DMOs here is if your community is currently not experiencing homelessness, you will. There has been so many federal cuts from mental health and our people have mental health issues. Sometimes you just get sick and have no other options. Luckily the new governor of California is focused on this.” 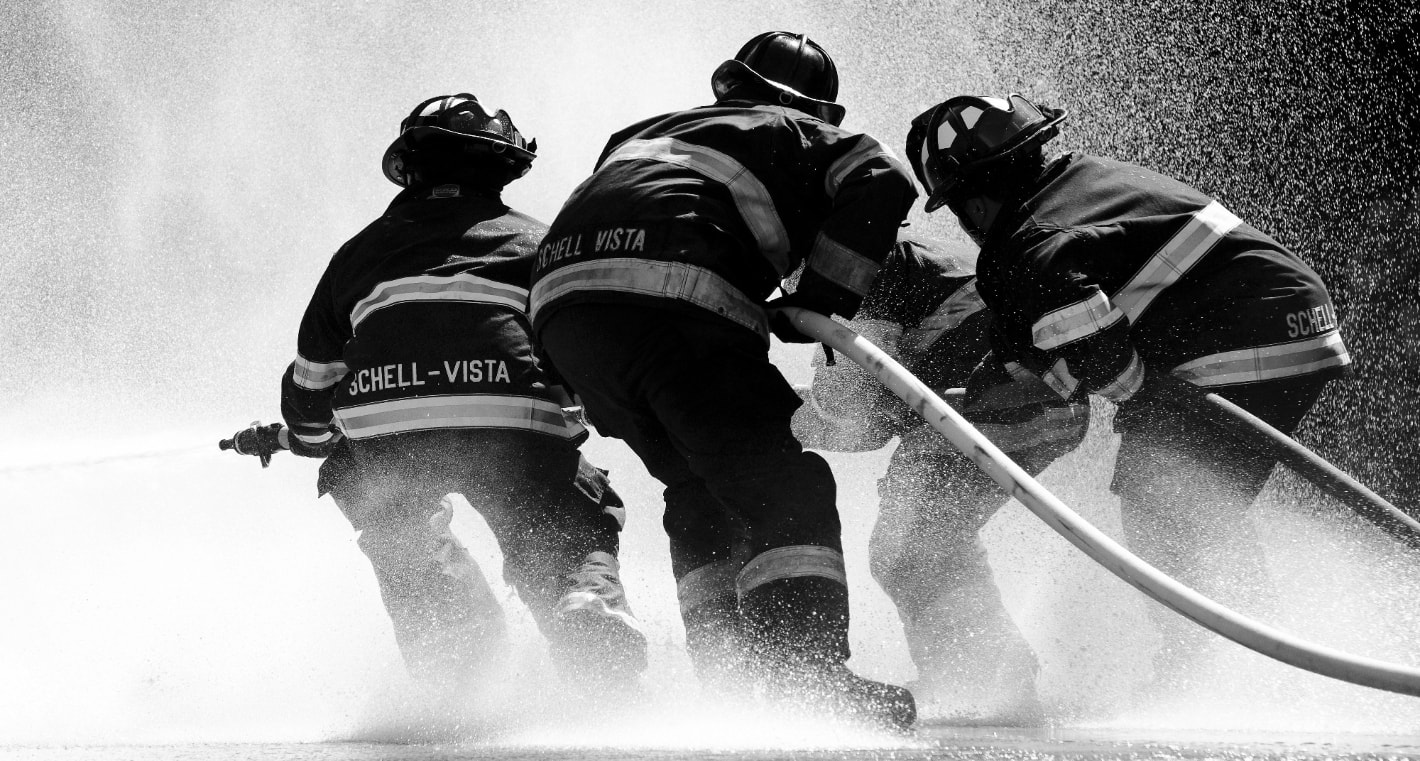 With issues such as overtourism and homelessness becoming top of mind for DMO CEOs today, probably the most significant change they’ve experienced in their roles is the need to become more engaged politically throughout the city—not just with the lodging industry.

“Years ago we played less political roles and were focused on membership and advertising and marketing,” explained Terzi. “Today, you’re missing an opportunity if you’re not politically active. You have to be the person who is repping not just the hotel industry but the entire tourism industry. It’s critical for your council and mayor to know how valuable tourism is. That is done via constant contact and relationships that transcend outreach just when you need something.”

San Francisco’s Joe D’Alessandro agreed. “I’m not in marketing, I’m in politics. If you’re not at the table, you’re on the menu. Tourism investment is such a target for politicians moving money away into other more voter-friendly programs. Also, don’t shy away from controversy. You need to stand up even when it’s uncomfortable.” 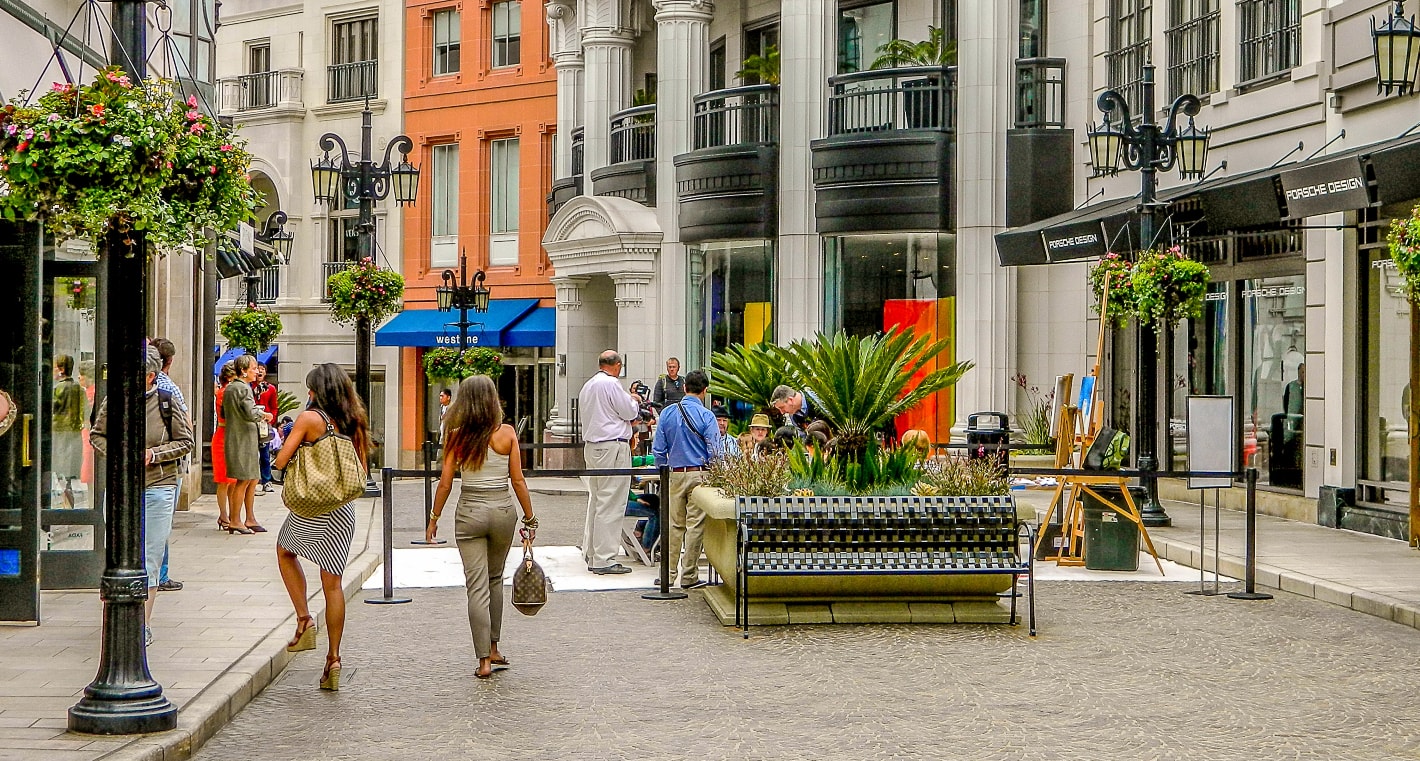 DMOs are also helping stem labor shortages in their destinations.

The last issue on these CEO’s minds may not be a crisis today, but with the working age population expected to shrink significantly in the next decade as Boomers age into retirement, attracting talent to work in each of these destinations may turn out to be one of the most important functions of a DMO a decade from now.

“Like in a lot of desired places, our problem is finding a workforce that can afford to live in San Diego, said Terzi. “Fortunately, we’re not as strapped (as other destinations) because of our relationship with Mexico, which lets us tap additional labor pools.”

With billions being invested and a significant new number of hotels coming online in L.A. in the next few years, Wooden Jr. is well aware of the need for workforce development in his city.

“Today we employ 575,000 people in tourism. We project by 2028 that number will be close to a million. We are also spending $4B on a stadium building, $2B on museums and have 30 new hotels coming online. We’re working with the city’s workforce development group to find and identify candidates for all these upcoming jobs. We’re projecting that there will be a great big sucking sound when these hotels open up.”

Of course we discussed a range of other issues and opportunities as well, but based on our conversation and work with other destinations around the world, I believe these five are going to be top of mind for destinations large and small, far and wide in the years to come.

If you’d like to learn more about how Resonance is helping destinations like these think about and plan for the future, I’d love to hear from you.